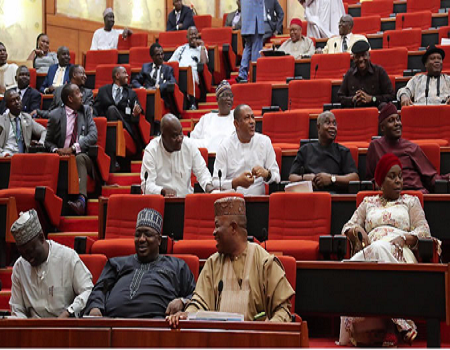 Senator representing Kogi West and Chairman Senate Committee on Aviation, Smart Adeyemi, has cautioned against the extortion of Nigerians and killing of the Nigerian economy in the name of instilling precautionary measures to fight the COVID-19 pandemic.

Senator Adeyemi’s declaration was on the heels of what he viewed as exorbitant fees Nigerians were being asked to pay to get certified for foreign trips.

Speaking at the joint Aviation and Health Committees session with stakeholders in the Aviation and Health Sectors on safety measures in the wake of commencement of international and domestic flights in the country, Senator Adeyemi specifically asked why Nigerians were being compelled to pay the sum of N75,000 for laboratory test to certify them for foreign trips.

He also expressed disaffection with the choice of private laboratories by the Presidential Task Force (PTF) on COVID-19 for such tests.

He noted that such strict guidelines were a drain on the purse of individual Nigerians and ultimately, the economy.

He warned stakeholders to refrain from accepting in the absolute, measures being adopted to fight the pandemic in Europe, America and China.

He said: “There is something in us as Africans that is not in them in Europe and America, which made COVID-19 not to be disastrous here as it was there.

“In light of this, measures that are detrimental to the livelihood and well-being of Nigerians should be avoided, so as not to kill the nation’s economy.”

He insisted on the downward review of the fee for a laboratory test.

“The amount is too high, it should be brought down and public health institutions laboratories should be equipped to carry out the tests.

“People are not finding things easy outside there as a result of way and manner COVID-19 pandemic is being fought in the country and as representatives of the people, feelers reaching us, indicate revolt against the government in December if drastic actions are not taken between now and then, to make things easier.”

Speaking in the same vein, Senator representing Ekiti South, Biodun Olujimi asked the Minister of Health, Dr Osagie Ehanire and National Coordinator, Presidential Task Force on COVID-19, Dr Sani Aliyu to explain to the joint committee the continued use of face mask, as he noted that many Nigerians have since shelved its usage.

“When I visited some communities in Ekiti State last week, nobody puts on the face masks and in fact, some of them told me who had it on, not to bring COVID-19 to them.

“These are clear signs that methods and approaches being used to fight the pandemic should be re-assessed and changed since the pandemic for reasons yet to be scientifically established, is far less potent here than it is in Europe, America etc.”

He submitted that poverty as a factor for the success story against COVID-19 in Nigeria was not scientific and controversial but noted that “it is generally believed that the pandemic gets weakened in crowded and stuffy areas.

“Demographically, only 3% of Nigerians are above the age of 65 as against 20%, 18% etc. of such populations in European and American countries where death casualties were high.

The joint committee, however, ordered the Minister and the PTF National Coordinator, to enlarge the scope of laboratory testing for the pandemic by including the public ones and ensure a reduction in the cost of testing.