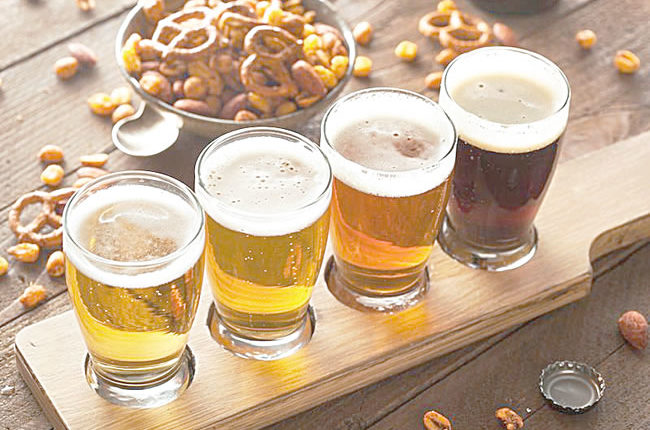 Even as the COVID-19 pandemic continues to ravage the world, avoiding certain lifestyles which may be detrimental to one’s body immunity is important. In this report by SADE OGUNTOLA, experts say that evidence suggests that alcohol consumption and smoking appears to increase risk of contracting the virus and thus further burden the health system.

H AVING a strong immune system is especially important during a pandemic, so it may be wise to cut back on alcohol and smoking for that reason. Experts say that smoking appears to increase the individual risk for developing symptomatic COVID-19.

Tobacco smoking is a significant risk factor for both viral and bacterial infections of the respiratory system with smokers five times as likely to develop influenza and twice as likely to have pneumonia.

What is unique about COVID-19 is the increase in alcohol use due to social isolation.  Also, excessive alcohol use is a common response to stress and anxiety following traumatic incidents.

Researchers say that alcohol changes the make-up of the trillions of micro-organisms that live in the intestines which play an important role in preventing the invasion of bacteria and viruses. This can lead to the depletion of the infection-fighting abilities of certain white blood cells in the blood that are to send out antibodies to attack viruses.

In a new study, researchers demonstrated evidence supporting the incorporation of smoking cessation and other efforts into public health campaigns to address the COVID-19 pandemic. There was a classic triad of COVID-19 symptoms, including fever, new persistent cough and breathlessness, and the association of these symptoms with smoking.

Researchers carried out a large prospective population cohort study that included data on 2,401,982 participants in the United Kingdom who used the COVID-19 Symptom Study app (Zoe Global) in March and April, 2020.

Demographics, anthropometrics, smoking status and medical conditions were obtained. Those who reported not feeling physically normal were prompted by the app to respond to questions about COVID-19 symptoms and hospital attendance.

Thirty-five per cent of participants reported feeling unwell and related one or more classic symptoms of COVID-19. Current smokers were more likely to report symptoms that suggested a COVID-19 diagnosis.

The pattern of associations between symptoms reported did not vary between smokers and nonsmokers, suggesting that the findings could not be explained by preexisting smoking-related symptoms.

Moreover, Professor Tanimola Akande, a public health expert and epidemiologist at the University of Ilorin said measures such as curtailing alcohol and tobacco use have an important role in addressing the COVID-19 pandemic as exemplified by countries like South Africa and Kenya that again banned open sale of alcohol.

He added that the “ban is also to limit places or settings that people congregate to take alcohol such as beer parlours and pubs.  In such outlets, people sit down and gist all the way. As they are seeping alcohol, they cannot use a facemask and as such, they can easily spread the virus. So, it is about people getting together over beer more than the drinking of the beer itself.”

Professor David Olaleye, a virologist at the University College Hospital (UCH), Ibadan, said anybody under the influence of alcohol cannot take any precaution seriously, so it is not exactly about the alcohol itself lowering body immunity but the possibility of increased exposure to the virus as well as the use of alcohol aggravating the progression of the existing diseases in the body.

Dr Jibril Abdulmalik, a consultant psychiatrist also at UCH, said many individuals who drink alcohol tend to neglect their diet and indirectly their immune system becomes weaker because they are not eating healthy diet to fortify their immune system.

“While drinking, or drunk, they become less careful of their health; most of the high profile deaths in Nigeria due to COVID-19 had contacted the infection during social functions, where they end up removing their facemask at some point in time to speak, eat and so on. They let down their guard,” he added.

According to the Centre for Disease Control (CDC), chronic and excessive alcohol use – eight or more drinks a week for women and 15 or more drinks a week for men can have some deleterious effects on the body. Also, the World Health Organisation (WHO) said that alcohol consumption weakens the immune system defences in any amount, but that’s especially true in a heavy drinker.

Researchers say that alcohol consumption can lead to the depletion of the infection-fighting abilities of certain white blood cells in the blood that are to send out antibodies to attack viruses.

But Professor Ganiyu Arinola, an immunologist at the University of Ibadan said “Though there are still limited data on the link between alcohol and COVID-19 or COVID-19 vaccine, it is possible that there will be reduced efficacy of COVID-19 vaccine in excessive alcohol consumers.

“This reduced efficacy will especially be expected in COVID-19 vaccines that depend on active mechanisms of immunity and requires functional immune cells. Also, among factors that boost immunity is sound sleep; it is known that excessive alcohol intake impairs sleep quality and increases carefree attitude, thus adding to the reasons why excessive alcohol intake may propagate COVID-19 spread and severity.”

Professor Arinola declared that when alcohol is in excessive amount,  it has diverse adverse effects on cells of the immune system,  trip off inflammatory changes in the body, destroy useful microorganisms in the intestines and is associated with a range of communicable and non-communicable diseases and mental health disorders which lead to increased risk of serious infections and reduce vaccine efficacy.

In addition, Paul Klenerman at the University of Oxford said there was no evidence to support going teetotal before having the COVID-19 vaccine.

Speaking to The Sun, he said, “There’s no doubt that chronic excess alcohol has a significant impact on many aspects of immunity. What isn’t clear is whether just a small amount would have any significant effect in [real-life settings]. So it is plausible and you could simply be very cautious and say avoid it. Different countries might end up giving different guidance.”

Yet there is no denying the detrimental effects of legal alcohol, too. The WHO calls it one of the world’s leading health risks, associated with 60 types of major diseases and injuries, and the cause of 4.5 million deaths annually.

Oyinlola, quintessential officer and statesman at 70

COVID-19 vaccine: What individuals with diabetes, heart conditions should expect…