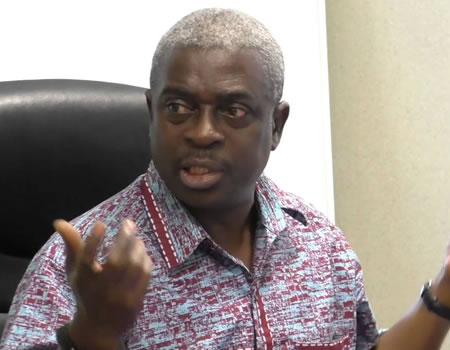 THE International Trade Union Congress, ITUC-Africa, has said that the COVID-19 health crisis in the world has exposed Africa in all its weaknesses.

To this end, it called on Africa Union (AU) to give all the necessary support to the African Centre for Disease Control (ACDC) to continue to coordinate Africa’s responses to the COVID-19 pandemic.

In a paper released to mark the Africa Day, the General Secretary of ITUC-Africa, Comrade Kwasi Adu-Amankwah, said Africa must further its effort in coordinating the production of personal productive equipment, medical and other supplies needed to cope with the crisis.

He said: “The growing number of infections on the continent and the devastating impact that the coronavirus has had on black people in Africa’s diaspora around the world is a wakeup call to African leaders at all levels. There is every indication that African leaders must do better for their people in all respects.

“The AU is encouraged to give all the necessary support to the African Centre for Disease Control to continue to coordinate Africa’s responses to the COVID-19.

“At the level of the state, in business, in the trade unions and civil society, in academia, religious society and at all other levels, African leaders and actors must do better for our people.”

Comrade Kwasi said: “As the world went into crisis with COVID-19, the hard reality dawned that every people must do well to rely primarily on their own effort and that solidarity support can only be a complement to local effort.”

However, he regretted that as many parts of the world dug into their reserves to respond to the crisis, “most of us in Africa had to run around begging for reliefs and resources to weather the storm on hand.”

He said: “COVID-19 has destroyed businesses and worsened unemployment, destroyed incomes and livelihoods and made many more persons destitute. It has exposed overcrowding and poor housing, poor health infrastructure, poor social services like water and sanitation and the overall poor social protection for African people.

“The hard lesson is there for us to see, that we in Africa will also do well to ensure that we can provide our most basic needs for ourselves.”

“There must be a willingness to commit to the necessary investment needed. Essentially, the focus must be on the development of a pragmatic healthcare system. Such a system must make provision for functional infrastructures with ample location in the rural areas.” Comrade Odigie said.