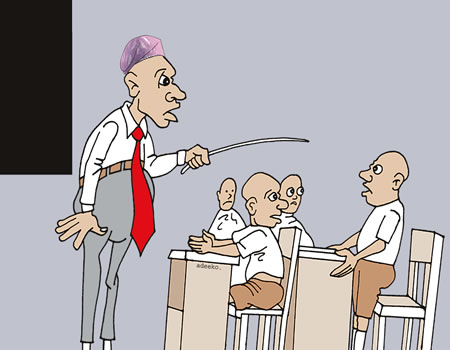 THE COVID-19 outbreak in the world has put a clog in the wheel of education. It has put a spotlight on economic inequalities and drawn our attention to our fragile social safety net that leaves vulnerable societies to bear the economic brunt of this national catastrophe. It is an undeniable fact that low-income earners have suffered the consequences much more. One thing that the world did not see coming is the closure of schools for several months; a phenomenon for which we can only look forlornly to scientists and the medical practitioners for solutions. Why is the government afraid to reopen schools? For most of us, this question is needless but for some of us, there is a need to reiterate crucial issues about how students and pupils will stay safe. The Minister of State for Education, Chukwuemeka Nwajiuba, once described not reopening schools as a painful but necessary decision.  So many questions run through parents and or guardian’s heads: How would schools remain constantly disinfected? How would students keep physical distance and prevent further spread of the virus in crowded schools?  It is the primary role of the government to protect the lives and properties of its citizens, in addition to providing their basic needs of clothing, food and housing. So, not reopening schools is reinforcing the safety net for every citizen.

The emphasis of this write-up is to show how teachers and school owners are faring in this terrible period and to sensitize us on how to forestall further anguish in the future. To a head teacher in a top primary school in Isolo, ‘’schools are unlike any other business, whatever we make, we use to pay salaries and the remaining to take care of recurrent expenses .’’  He added: “the payment of salaries has turned teachers into ants scrubbing for crumbs. The majority of schools have not been able to pay their staff for several months now.  Initially when it started, some proprietors were giving palliatives and little stipends to their staff but since this has dragged this long, where do we expect them to get money? Some parents had not finished paying their children’s school fees when the government announced the immediate closure of school.”

Most of the teachers I spoke to at Alimsoho area of Lagos confessed to eking out a living but don’t know how. A couple of them had resorted to home lessons and online teaching. A teacher in Egbeda who has been teaching his students online for three months revealed that most parents embraced it initially but now, about 80 per cent of the parents have opted out.  Why? Some claimed that the rate at which their children consumed food had  increased and they could not afford to pay for online lessons in addition to buying data. The Federal Government having consulted widely with stakeholders in the sector has released guidelines ahead of the resumption of schools at every level in the country. Such guidelines include a two-meter rule separating each pupil. It stated that where the two-meter rule cannot be reasonably applied, other risk mitigation strategies may be adopted. Other measures include fumigating the school premises, availability of running water and  hand sanitizers. Each student must cover their faces with nose covers, etc.

It was cheering news for a lot of parents that their wards would participate in the WASSCE earlier scheduled for August 5 to September 5. It will be recalled that this years’ examination administered by the West African Examinations Council (WAEC) was postponed indefinitely in April after it was earlier scheduled to commence in May. This was in a bid to contain the spread of COVID-19. No one knows the best approach to take but a pandemic of this nature must not be toyed with. Another pertinent question is , how would students be promoted to the next class without missing a calendar  year? The inescapable truth is that there will be pseudo promotional exams in addition to considering the cumulative grade point of each student.   There is no way a syllabus meant for six months can be covered.

How has virtual learning fared? For a low income earner, access to the internet is like sitting on the edge of a precipice. In some countries, access to the internet wifi is like fetching water from the Atlantic Ocean with a bucket.  Sincerely, except the government intervenes by broadening internet access in the form of reducing cost of data, virtual learning will be impossible. To return back to normal, our schools need summer schooling to help students get back on track. This can be funded by the various levels of government. This is a difficult time. This is the time to work together and act creatively to wrest the future from Covid-19. It requires courage and conviction, the courage to take certain steps to prevent future pandemics and to facilitate better responses and great policies that will ensure that we bounce back quickly and strongly.

NASS and the challenge of electronic parliament