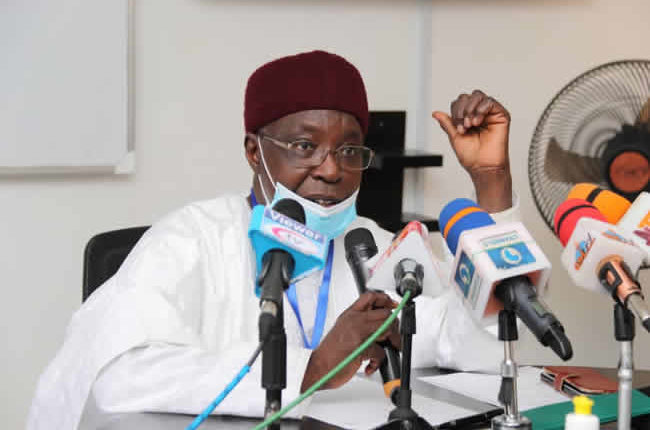 Gombe State has recorded 19 COVID-19 deaths so far and 134 active cases are still in the state’s isolation centres.

The disclosure was made by the Chairman of the State Taskforce Committee on COVID-19, Professor Idris Mohammed while briefing journalists on the activities of the Committee in the last two weeks.

The Chairman of the State Taskforce Committee on COVID-19 had previously complained that the Committee has gone bankrupt while the state is experiencing community transmission of the COVID-19 stressing then that there was much work to be done while the Committee had no money.

The Taskforce Chairman, however, declared that the Committee is no longer broke and is now more than ready to fight against the spread of COVID-19 in the state particularly boosting its contact tracing and testing capacities following the release of an unspecified sum of money to it by the state government.

While briefing journalists on Wednesday, the Chairman announced that the Committee has now been boosted with funds to enable it to carry out its activities, foremost among which is the contact tracing and testing of COVID-19 suspects since the state is now in the stage of community transmission.

When asked about the amount the Committee had spent since its inauguration about 5 months ago and the amount recently released, in line with his policy of transparency and accountability, the chairman said that this may require going through their financial records as he will like to be very specific with figures, though that was not available at that moment.

Idris Mohammed said that “In our policy of transparency and truth, we will love to give you figures that we have certified to be correct. I cannot tell you how much we have received from the beginning or our recent allocation”.

The Taskforce Chairman added, “Unless it comes to auditing purposes or there is suspicion of wrongdoings, these issues do not really concern the public. But I want to assure you that the Government itself has mandated that every kobo spent by the Taskforce must be audited and a complete audit submitted to him (Governor)”.

He, however, commended the change in the attitude of most people who now come out to be tested voluntarily as well as identifying suspected persons with COVID-19 cases as subcommittees have been going round communities for contact tracing of those who have come in contact with people who have tested positive.

COVID-19: Kogi govt begins fumigation of schools ahead of resumption