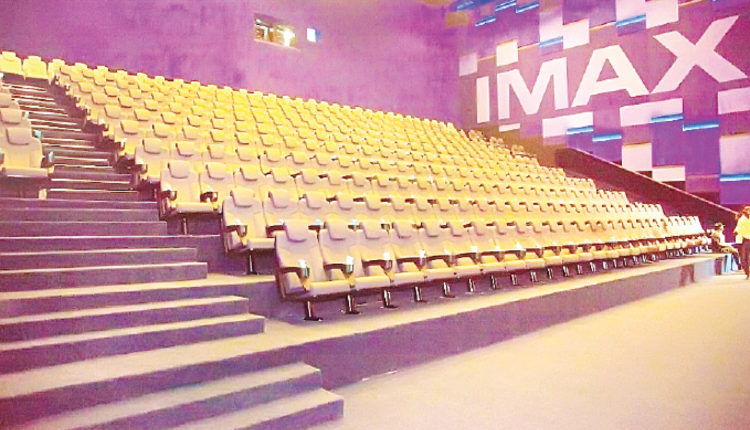 ROTIMI IGE, in this report, writes on how the Nigerian film industry has been battling the COVID-19 pandemic, which has left it gasping for breath.

2019 was considered a good year in many industrial sectors, especially the film industry. Nollywood, as it is called, witnessed tremendous growth over the last decade, and with the establishment and acceptance of the cinema culture in Nigeria, films from relevant stakeholders became a competition of sorts, with each film maker trying to outshine the other.

By the end of 2019, Nigerians across major cities spent about over two billion naira to watch the local movies. Ramsey Noah’s ‘Living in Bondage’ (Breaking Free) took the shine in 2019, as viewers spent N158.43 million on it, followed by ‘Chief Daddy’ (Niyi Akinmolayan) which earned N153.51 million. Ayo Makun’s ‘Merry Men 2’, Bolanle Austen-Peters’ ‘Bling Lagosians’, and Funke Akindele’s ‘Your Excellency’, all got N141.15 million, N120.13 million, and N115.36 million respectively. This was disclosed in the data obtained by Nairametrics from the Cinema Exhibitors Association of Nigeria (CEAN). CEAN is an association of cinema owners, operators, and managers incorporated by the Corporate Affairs Commission (CAC) of Nigeria.

The growth of the cinema culture in Nigeria became a significant advancement for Nollywood movie producers, who became more confident to invest more in the industry, having previously lost a bulk of investments to pirates. The cinemas presented a safer, more economical and viable alternative. Nollywood actors, especially the popular screen sellers, among other industry professionals also benefitted from the boom, as more jobs came in almost regularly.

It was for this reason that most entertainment investors looked forward to the year 2020 with glee. Eight months into the year now, no forecaster could have seen what the world is continuously battling. By the end of February, when the dangers of the Covid 19 pandemic became clearly evident, one of the worst hit economies was to be the entertainment industry.

Information released by CEAN revealed that cinemas across the country lost as much as 30 per cent of their weekend revenues from January. In all, the industry’s revenue dropped by as much as 30.65 per cent between January and March 2020. By the third week of March, the Coronavirus pandemic had taken a toll on the industry which, due to the nature of their business of having gatherings of viewers in an enclosed environment, were forced to shut down operations across the country.

As a result of the closure, film production and viewing had to be cancelled immediately and production crews working on different sets across the country had to stop and postpone work. The various guilds in the industry – Directors Guild of Nigeria (DGN), Actors Guild of Nigeria (AGN),  Theatre Arts and Motion Picture Producers Association of Nigeria (TAMPAN) and other stakeholders released strict orders and placed embargo on any production activity until further notice.

Also affected was digital satellite pay TV platform, Multichoice Nigeria, which is arguably the biggest employer of indigenous talent in the country, with various series, films, documentaries etc being recorded on a daily basis. It suspended all of its productions.

By so doing, actors, producers, musicians and other stakeholders in the business of entertainment, which is the largest employer of talent in Nigeria, had to stay-indoors and grapple with the reality of finding ways to stay relevant.

According to Alfred Nwankwere, a film producer, “The pandemic has definitely affected us adversely and the number of television content that will be produced this year. This, certainly will affect the entire chain of film or content distribution. We have little or nothing to professionally produce or distribute so the cinemas and TV distribution channels will have nothing new to show.

“As you may have noticed, most satellite TV broadcasters have been forced to repeat past episodes of the popular shows and series. These are problems we have to deal with”, he said.

Given these problems, most industries, film included, have had to resort to social media as their saving grace in order to reach consumers. And so, the operations of Video-On-Demand services like Netflix and iRoko streaming platforms have increased tremendously in recent time. Movie producers are being poached by tech investors to create content for their platforms, and they allegedly offer higher financial gains.

“Tech companies are investing more in content generation for online streaming more than ever because the demand now is overwhelming. Although we cannot work fully on projects, we have had to device ways to create content still”, Ajibola Olaosebikan, a film maker, said.

It was for this reason that entertainment stakeholders heaved a sigh of relief when the lockdown was gradually relaxed across many states. This meant that they could return to work, and various production shoots could resume and audiences could watch new episodes of their various sitcoms.

In a move towards the reopening of entertainment centres, the Lagos State government recently listed some modalities, protocols and guidelines that must be implemented by hospitality and tourism establishments.

According to a statement issued by the Commissioner for Tourism, Arts and Culture, Mrs Uzamat Akinbile-Yussuf, and on the official Lagos State twitter account recently, the protocols and guidelines are to ensure the health and safety of all guests and staff in all the facilities of the various establishments.

Akinbile-Yussuf had stated that, “The rules affect all accommodation establishments such as hotels, motels, apartments, suites, inns, guest houses etc.  which include tourism enterprises like evens centres and food establishments like restaurants, eateries, lounge and bars, and cinemas.’’

The commissioner revealed that the state government arrived at the set of protocols for the operators in the hospitality and tourism sector after due consultations with relevant stakeholders in the sector and in recognition of the impact of COVID-19 pandemic on the industry.

Akinbile-Yussuf noted that apart from the general safety protocols which include the compulsory use of face masks, regular hand washing, use of sanitisers, maintenance of social distancing, temperature check, encouragement of cashless transactions, disinfection of premises and buildings, among others, owners of hospitality establishments are required to offer 50 per cent of their space capacity to guests for now in order to maintain physical distancing, in addition to the separation of dining tables.

She said, “For now, there will be no buffet serving arrangement. All guests (over 18 years old) must be made to sign a COVID-19 form at the reception that has the name, address and phone number of guests for easy contact tracing purpose.”

The commissioner disclosed that operators of tourism enterprises such as events centres and entertainment places must hold valid licences from the Lagos State Ministry of Tourism, Arts and Culture before holding an event. This is in addition to an ‘event safety clearance’ from the Lagos State Safety Commission before the holding of such event.

Going further, she also disclosed that owners of cinemas are to follow all guidelines stipulated for the hospitality sector and events centres as it relates to 50 per cent capacity, online ticketing, two metres spacing and the signing of COVID-19 forms by customers above 18 years. She stressed that the operation of all cinemas within the state must adhere to the time stipulated for the curfew in their operations, that is 10 p.m to 4 a.m.

With these lifelines, it seems that the industry may be on a path to recovery, though not full because of the challenges posed by half capacities in the theatres, technology (via online ticketing and payments), among others. However, the cheery news is that the doors of most entertainment businesses will be open again for business and their stakeholders can, again, heave some sigh of relief.