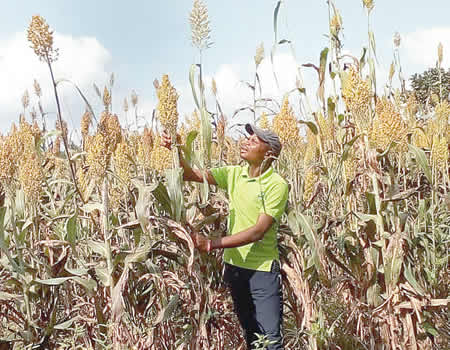 AKIN ADEWAKUN, YINKA OLUKOYA, HAKEEM GBADAMOSI, OLUWOLE IGE and YOMI AYELESO report the impact of the coronavirus pandemic on farmers across states in the South-West.

With the growing frustrations occasioned by the coronavirus pandemic and the lockdown in various states within the south-west region, farmers are registering their fear of a looming food crisis.

In Lagos State, farmers have warned that unless appropriate steps are taken by the states and Federal Government.

The post-covid era could pose a bigger challenge to the country in the area of food security than the pandemic itself.

The chairman of the All Farmers Association of Nigeria (AFAN), South-West, Femi Oke, explained that the association, which serves as an advocacy group for farmers in the South-West, had actually met with governors in the South-West, and come out with a communiqué that ensures every farmer in the region is seen as an essential service provider, and therefore exempted from movement restrictions imposed on the state by the Federal Government.

Oke, a cassava farmer, however, cautioned on the looming food crisis the country might witness after the pandemic. According to him, even though farmers are being allowed to move around, shortage of seedlings are being experienced since borders where some of those seedlings come from have been shut.

“Though the governors in the region and the Federal Government have listened to our cry and have allowed free movements among farmers, to prevent food crisis, it is however pertinent to note that there are some factors that could still hamper food security in the country if care is not taken.

“For instance, we are experiencing a shortage of seedlings now, since the borders where many of these things come from have been closed. There is no way this is not going to affect us. Remember, this is our planting season, especially in the South-West. We may experience food shortage after COVID-19, and I believe this is why government should take farming activities more seriously,” he stated.

Business consultant and chairman of Agriculture and Agro-Allied Group, Lagos Chamber of Commerce and Industry (LCCI), Africanfarmer Mogaji, stated that though many of the farmers in the state are not complaining about their harvests making it to the market, the lockdown has begun to take its toll on some small scale farmers whose harvests cannot reach the markets because of their small quantity.

“The few are educated youths, who are small scale, but are not micro. They are those whose produce cannot even fill a bus. So, many of them are stranded. Besides, some farmers complaining now are those finding it difficult to access their farms. I know of a woman, who just got a loan approval, and has gotten seeds, but cannot go to the farm and cultivate, and the loan is time-bound,” he stated.

‘Region must leverage on comparative advantage’ 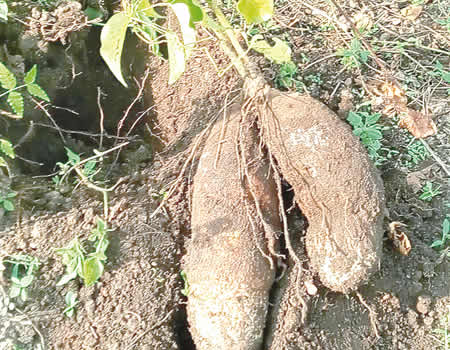 While calling for regional cooperation that would enable every state within the region to leverage its comparative advantage, Africanfarmer also stressed the need for farmers to be educated, around productivity.

“I believe with regional cooperation, a state like Ekiti might not waste its time producing what Osun can produce at far cheaper cost. This will, without doubt, reduce waste and allow every state to focus on areas of their strength; those areas in which it feels it has a comparative advantage over others in the region,” he added.

President of the Fadama Federated Community Association, Lagos State, Mr. Dare Ogunbanjo, also stated that though every challenge associated with farmers’ movement in the state has been resolved, he is however not ruling out the possibility of a food crisis after the pandemic.

“There is certainly going to be food crisis after covid, unless it is addressed now, because farmers have been kept off the farm for some time now. Besides that, the normal flow of improved seeds, fertilizers and all others is not forthcoming. They are not there. The industries concerned are closed. So, it’s going to affect food production,” the Lagos Fadama boss stated.

He, however, called on states and the Federal Governments to give agriculture and the agro-allied business the utmost attention they deserve by re-opening agro-services industry.

“This is very important. If all those in the essential industries, such as petroleum industry and others, are working. Those providing agro- services products should be allowed to do skeletal services, since they are also part of the essential services providers,” he added.

Why urban residents must embark on subsistence farming

In Ondo State, farmers have started lamenting their inability to commence preparation for the new farming season, as the lockdown and closure of borders have been hindering trade and movement of seedlings and other farm inputs into the state.

Speaking on the development, the state chairman of Ondo State Agricultural Commodities Association (OSACA) Mr. Gbenga Obaweya, explained that farmers are disturbed by the pandemic.

“We have been encouraging people in the urban centres to embark on subsistence farming. This is in order to make food available in the land because farming should not be left for commercial farmers alone. The most important thing is to make food available because we are in a very critical situation. What we are asking government to do is to list farmers as essential service providers too; we should be allowed to go to farm.”

He however commended the state government for patronising the poultry farmers in the state by including eggs and chicken in its palliative items to the underprivileged and the poor in the state.

A fish farmer, Lukman Olusegun, lamented low sales caused by the curfew imposed by the state government to curtail the spread of Coronavirus in the state.

He said “most hotels and joints have closed down and we are just feeding the fishes, while they are ready for harvesting. We are running the farm at a loss.”

The state chairperson of Poultry Association of Nigeria (PANOG), Ogun State chapter, Mrs. Blessing Alawode, noted that prices of basic materials in feeding birds have increased since the pandemic broke out in the country. She noted that the cost of production in poultry business had gone up

Alawode said farmers in the state are currently experiencing egg glut due to low patronage, adding that before now considerable supply of eggs was used for the Homegrown School Feeding Programme.

She, however, acknowledged the effort of the Ogun State government for allowing farmers to enjoy free access during the lockdown.

“All the prices of basic materials needed in feeding birds have increased. There is high cost of production at this point in time. Most of the basic items come from the northern part of the country. Due to the lockdown, the patronage of eggs has dropped. Farmers in the state are experiencing egg glut since large number of it goes into the Homegrown School Feeding Programme, an initiative of the Federal Government,” she said.

Also speaking, the state chairman, All Farmers Association of Nigeria (AFAN), Segun Dasaolu, said farmers in the state are negatively feeling the impact of COVID-19 which has forced the state to be on lockdown.

He pointed out that agricultural business, like other sectors, has been seriously hit since the pandemic broke out, and that everything is at standstill as a result of the lockdown.

Our harvests are wasting in the fields—Osun farmers

For farmers in Osun State, these are also not the best of times. Some of them who spoke to the Nigerian Tribune lamented that the lockdown had affected their activities such that crops which have reached harvest stage were wasting in farmlands as markets where such crops could be sold to end users were under lock and key.

Pa Richard Akinyemi, a farmer who cultivates plantain and banana in Egbedore Local Government Area of Osun State said, “I have suffered a huge loss with the outbreak of coronavirus and subsequent lockdown imposed on the state by the government. I have banana and plantain rotting away in my farm. I cannot move them to the market because the markets where we normally sell them have been closed by the government because of this COVID-19 pandemic.

“I am not the only one affected by this problem. Other farmers who have harvested products are facing serious hardship and we are losing a lot of money that could have been realised from the sale of our agricultural produce.

“Besides, we can no longer get labourers or workers who usually help us in some work such as weeding in the farms. The restriction of movement occasioned by the lockdown has prevented them from coming to work for us.”

Another farmer, Rasheed Areoye, who grows yam and cassava in Ejigbo Local Government Area of the state averred that “my major problem now is how to get the market for my harvested tubers of yam and cassava. Farmers and other categories of people are terribly affected by the lockdown. Many residents have complained about high prices of food items in the markets during the two-day window that the government relaxed the lockdown before another round of 14-day lockdown order in Osun State.”

As the lockdown declared to curtail the spread of the coronavirus pandemic in Ekiti State enters its third week, farmers are lamenting the effect of the order by the state governor, Dr Kayode Fayemi, on their activities in the farm.

Some of the farmers who spoke to Nigerian Tribune said the restriction order had affected the movement of their farm produce to the various markets.

Mr Joseph Ajayi, a farmer in Ido-Ekiti said, “It is the beginning of the planting season and government must do everything possible to assist the farmers just as they battle to stem the tide of the deadly virus.

“As you know, the lockdown is almost three weeks now and we are not allowed to move. This is a planting season and we are seriously in need of chemicals for our farms. Before the outbreak of the coronavirus, we bought herbicide at the rate of N1,200 but now that we have a lockdown, it has increased to N1,700. They tell us that they can’t go for more and that they have to sell the few ones in stock.

On his part, Mr. Aina Alaba  from  Okemesi-Ekiti said that he was losing his investment as a result of the lockdown, saying, “I have a lot of maize that I ought to transport to Ado-Ekiti, the state capital, to sell but it is not possible now because no movement; and even if you see vehicles, where are the buyers?”

Another farmer, Mr. Martins Omotosho said, “There is no how we can move our crops to the market for us to sell as a result of the lockdown, because our people here don’t have the wherewithal to buy from us. There is hunger in the land. I ordered for some seeds from Ilorin, Kwara State, but I can’t get them. I have been on it over the last three weeks, no breakthrough. The most painful part of it is that I have forwarded the money for the seeds.”

EDITORIAL: IMF’s Prediction On The Nigerian Economy
WHEN, back in February, the International Monetary Fund (IMF) released its annual growth forecast for the Nigerian economy and warned starkly that “under current policies, the outlook is challenging,” few commentators or people in Nigerian policy circles paid the international organisational any heed. In the report… Read full article