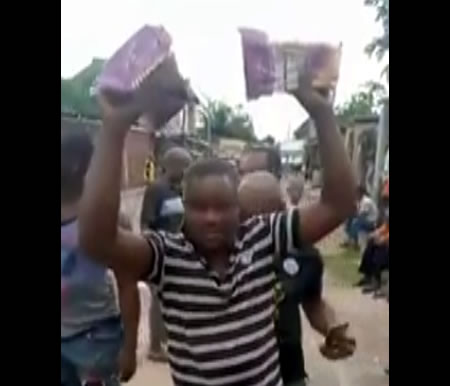 Residents in Lagos and Ogun have expressed gross disappointment with the relief materials sent to them by the government.

They expressed shock that the amount of food (relief materials) given to them was not enough for even one family, not to talk of a community that comprises a number of streets.

Another video shows another community said to be in Ogun State with a similar food package delivered to them for sharing.

A tiger at Bronx Zoo tests positive for coronavirus