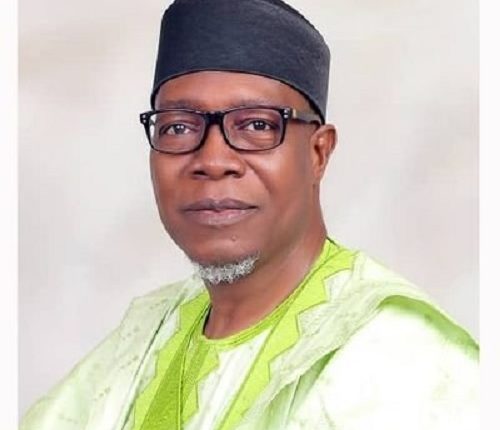 Chairman, House of Representatives Committee on Basic Education, Hon (Prof) Julius Ihonvbere, has attributed massive deduction of money from Universal Basic Education (UBE) Fund during COVID-19 crisis as reason Lagos State government and others were unable to access their share of the Fund.

Ihonvbere made this known, on Monday, when he led his committee members on a visit to Governor Babajide Sanwo-Olu at Alausa, Ikeja, saying this happened despite the fact that Lagos State provided its counterpart funding.

The lawmaker revealed that nothing less than N20.2billion was deducted from the UBE Fund in the heat of the COVID-19 crisis, even as he noted that Lagos had done very well in term of paying its matching grant.

“Our visit here is part of constitutional responsibility to periodically look into what is being done by the states with the funds it received; the matching grant from the Universal Basic Education. It’s instructive that we are starting with Lagos, with Lagos we will set standard high and it will influence what we will go and look at in other states.

“Lagos has done very well in term of paying its matching grant. In fact, I am also aware that Lagos has paid for 2019 but not accessed it yet. This is a result of the massive deduction of money from UBE during the COVID-19 crisis, N20.2 billions were taken from UBE so, they are unable to pay as quickly as possible, you still have about N2. 2 billion to access with UBE.

“So far, nationwide in the last 10 years, through UBE, about N37billion has been paid to states to deploy to infrastructure particularly, in schools; training, capacity building and so on,” he said.

Ihonvbere commended Sanwo-Olu’s leadership and his administration for being a pacesetter, saying there was the need to address some issues bothering on infrastructural deficits in some schools visited within the state.

Responding, Governor Sanwo-Olu thanked the committee for the visit, saying the exercise would help to do a proper peer review of SUBEB and UBE funds as well as projects to improve the learning outcome in Lagos schools.

The governor said though some of the UBEC’s matching grants had not been accessed, his administration was committing 12per cent of its 2021 Budget to improve education in terms of school infrastructure rehabilitation, curriculum and contents development “which included the provision of Eko Excel tablets for teachers in its bid to provide quality basic education for children.”

The governor restated his administration’s commitment to partner with the UBEC and local governments in the state to look into issues raised by the committee which included the provision of playgrounds for schools children, perimeter fencing, among others basic amenities.

In spite of the huge investment in the water sector by the government and international organisations, water scarcity has grown to become a perennial nightmare for residents of Abeokuta, the Ogun State capital. This report x-rays the lives and experiences of residents in getting clean, potable and affordable water amidst the surge of COVID-19 cases in the state. COVID-19 crisis delays Lagos. COVID-19 crisis delays Lagos