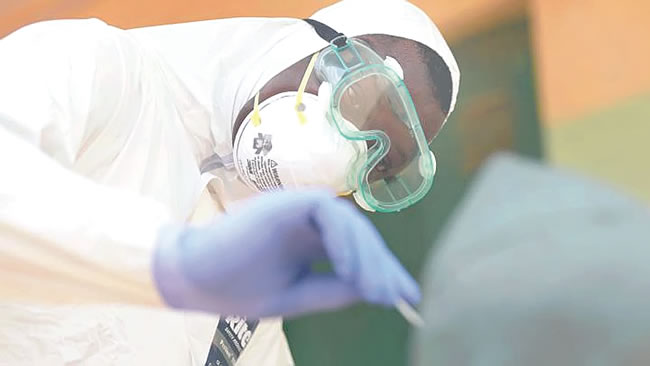 When Mr Henry Adelakin (not real name) was discharged from the isolation centre after a second test revealed he was negative of the COVID-19 infection, his relatives were thankful that the worse was over. They had kept his infection a secret to avoid stigmatisation.

Many others who have been discharged after treatment at the many COVID-19 isolation centres, like Adelakin, have refused to share their experiences for fear of stigmatisation, some from their community and workplace.

Here in Nigeria, the stigmatisation against COVID-19 patients or those whose family members died from the infection or those who were fortunate to have survived after treatment at the isolation and care centres is a growing concern. It is a replay of the stigma associated with the HIV/AIDS and Ebola outbreaks.

With the daily increase of COVID-19 cases in Nigeria, there have been reports of stigmatisation in some parts of the country. Some patients in Osun State escaped from the dormitory of the Unity School, Ejigbo, where they were under isolation. Some health workers at Uyo Teaching Hospital (UUTH) in Akwa Ibom State reportedly fled their duty posts after coming in contact with an infected patient.

The fear of the unknown also greeted an announcement by the Nigeria Centre for Disease Control (NCDC) that infected patients, under treatment, could be discharged earlier than their required treatment and isolation period. Also, home care treatment is to be offered to patients.

Chikwe Ihekweazu, director-general, Nigeria Centre for Disease Control (NCDC), during a recent briefing said new evidence shows that it is safe to discharge recuperating patients even when the results are still positive.

“New evidence is emerging that even when the test is still positive after that the patient has been in care for a certain amount of time, it is possible and safe to discharge that patient to home isolation. So, we are looking at the evidence and we might change our guidelines over time,” he said.

Howbeit, will stigma also be counter-productive as the government commences discharging COVID-19 patients earlier than their required treatment and isolation period?

Mr Haruna Ishola, a 45-year-old school teacher, stated that discharging recuperating patients whose results are still positive earlier will not be acceptable to many people.

“My family of five lives in a three-bedroom apartment. Where do you keep such an individual? Self-isolation by such a patient who still tests positive will be difficult. Even people in the neighbourhood can instigate the landlord to evict such a family that houses such an individual,” he stated.

Mr Akeem Aiku, an engineer, also faulted the policy, saying “In our community, it brings fear. People are scared of contracting the virus. How do you avoid close contact with such a person if you live in a crowded house? Does it mean others in the house will vacate the apartment? Will it be possible that such a person will have a toilet and bathroom to themselves in a three-bedroom apartment?”

The NCDC boss said the agency had switched to testing COVID-19 patients only once as against its earlier stance on double testing before discharge.

According to him, “On our discharge criteria, we changed it from two tests at 24 to 48 hours apart to a single negative test. The reason is that most of our cases that tested negative also tested negative for the second time. Of course, there will be some exceptions.”

Past President, Nigerian Medical Association (NMA), Dr Francis Faduyile, said the government was too eager to jump at this directive from the World Health Organisation because treatment centres across the country had become overstretched.

“The average household number is six and there is no way anybody can self-isolate within this country,” he said. We had written in our last advertorial note to NCDC that they should find a way to review that position in line with the situation in Nigeria. We see the adoption of the recommendation as dangerous,” he said.

However, he said the controversial part of the policy is that if the person is not yet negative but has spent about 45 days in isolation and treatment centre, such an individual should still be discharged to go home.

“However, you know that as long as somebody is positive, there is a chance of him infecting people, no matter how reduced that may be. But again, the pressure of space is what is pushing a lot of things now,” he said.

He, however, declared that adopting primary health centres as holden facilities to treat mild or nonsymptomatic COVID-19 cases for closer observation will help to strengthen the primary health care level and improve its equipment and infrastructure.

Immediate past national president, Association of Medical Laboratory Scientists of Nigeria, Dr Toyosi Raheem, said that “the quantity of virus that is shed in the body secretion at that time of testing may be scanty or below the limit of detection, but the truth is that the virus could still be contracted when people go to pay a courtesy call on such a patient at home.

“The ideal thing is for the person to continue self-isolation until after two weeks. But people going to greet such an individual at home should be discouraged during that period.”

Professor Tanimola Akande, a former national chairman of the Association of Public Health Physicians of Nigeria, stated that the fear that people have for COVID-19 should not be taken to the extreme.

“The truth is that if somebody is discharged from the isolation and treatment centre and has tested negative, the person is already okay. And once they test negative, it means that the virus is not detectable again. Repeating the test is just to be doubly sure.

“Usually their symptoms would have subsided even before the first negative result. It is not likely that you are negative now, and then the second sample becomes positive; it is not common.”

“It means that the body is strong enough to cope with the remaining viral load left in the body; it does not mean that the patient is free of the virus completely,” he noted.

Professor Alonge said patients at the Oyo State Isolation Centre are discharged after taking into cognisance the immunoglobulin and cycle threshold (CT) values.

The higher the CT value, the lower the load of coronavirus in the body. So, when somebody has a CT value of 40 and above, he or she will test negative for coronavirus.

He added that “the combination of the viral load and the body’s ability to defend themselves, which is the resistance that they have developed, the so-called immunoglobulin levels will determine who among them is feasible for home isolation or if they will also have to wear a face mask.”

Meanwhile, the Lagos State Commissioner for Health, Professor Akin Abayomi, at a press briefing in the state said the model has been accepted and adopted in Lagos State.

“By the time you get one negative, there is a chance that a day or two later, you may become positive again because the virus has managed to escape your immune system and start secreting itself in very small quantity. And then maybe a week later you clear it finally,” he said.

Amid the rising number of cases and the refusal of infected persons to go into isolation and treatment centres, many states, including Kwara, Katsina, Ondo, Ekiti, Edo and Borno have, said they will continue to treat infected patients at isolation centres rather than resort to a home treatment option.

Emerging research suggests that people may actually be most likely to spread the virus to others during the 48 hours window before they start to experience symptoms.

One of the main problems with general rules regarding contagion and transmission of the virus is the marked differences in how it behaves in different individuals. That is why the campaign for social distance and use of face mask continues.