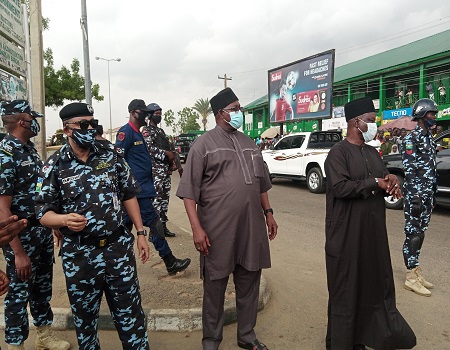 Bauchi State Taskforce Committee on COVID-19 and Lassa Fever have commenced sensitisation of members of the general public on the need to adhere strictly to all the prescribed precautions and preventive measures against the spread of COVID-19 infection. 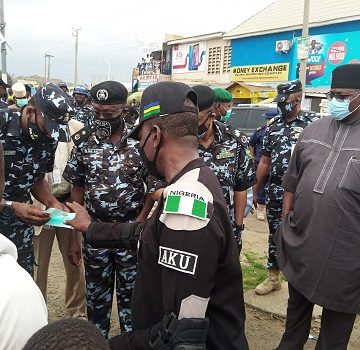 The sensitisation campaign was led by the Commissioner of Police, Lawan Jimeta, who is the Chairman sub-committee on Security, accompanied by the head of other security agencies and the Special Adviser on Security Masters to Bauchi State Governor, Brig-General Mathias Yake.

At the Wunti junction, the team stopped over to talk to commercial drivers and other road users on the need to ensure physical distancing, wearing of face mask and other preventive measures.

The Commissioner of Police ensured that those moving around without face masks were given one, which he took along with him educating them to adhere to the protocol for their own safety.

Lawan Jimeta further stressed the need for motorists to ensure the physical distancing protocol to avoid community transmission of the infection saying that what government has done is to protect the lives of the people.

The team also stopped at the Central Market roundabout to educate the people on the need to observe the physical distancing protocol as well as the wearing of the face masks.

During the duration of the exercise, commercial activity was on hold as roads were temporarily blocked which slowed down traffic while people came out to listen to the team.