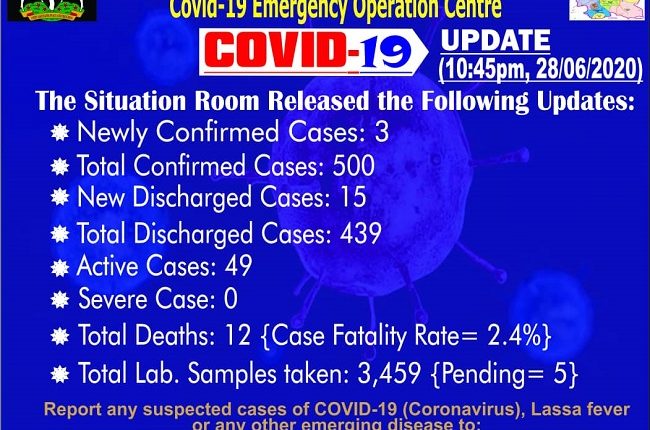 15 more patients have been discharged from isolation after they have fully recovered from COVID-19, just as three new cases have been reported.

In the report, it was stated that a total of 49 patients are currently the active cases in the state and are receiving treatment at the designated medical centres across the state.

The report added that as of June 28, 2020, the state total deaths remain 12, with the fatality rate still maintained at 2.4 per cent as it did not record any fatalities.

It added: “So far, 3,459 samples had been tested of which 500 persons tested positive for coronavirus and 439 persons have been discharged from the hospitals.”

According to health experts, those over 50 years with chronic health conditions are at more risk of complications or death from COVID-19 stating that “people should please take care & protect your loved ones.”