COVID-19: Bauchi flags off distribution of palliatives across 20 LGAs 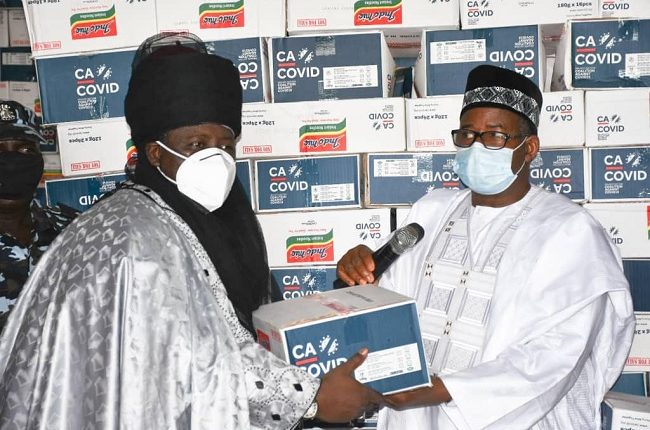 As a way to ameliorate the negative impact of the COVID-19 pandemic on vulnerable groups in the state, Bauchi State government on Tuesday flagged off the distribution of palliatives to benefitting groups across the state.

The beneficiaries, according to Governor Bala Mohammed, are drawn from the 20 local government areas of the state who have suffered one negative impact or the other.

The governor said that the state government had earlier, at the wake of the COVID-19 pandemic, constituted a palliatives committee under the chairmanship of the Emir of Bauchi, Dr Rilwanu Suleiman Adamu.

He said that the committee was charged with the responsibility of sourcing for assistance in kind and cash on behalf of the government to be given to citizens who are groaning under the intense hardship arising from the negative consequences of COVID-19 pandemic.

Bala Mohammed further said that the committee was also mandated to distribute all sourced palliative materials, which include money and other items, fairly and equitably to all the affected citizens of the state irrespective of party affiliations and or religious beliefs

He added that the committee immediately swung into action by making wide-ranging consultations to public-spirited individuals from within and outside the state, corporate organisations, chairmen of business conglomerates as well as Federal Government and other agencies.

The governor added that the distribution of the relief materials was a very significant milestone in the government’s modest effort in bringing succour and solace to the citizens who are victims of COVID-19, adding that the committee has decided a sharing formula tagged, ‘the food basket’, where a household is entitled to one food basket.

He, however, said that “we are still facing the challenge of finance on one hand and high expectations to deliver, on the other hand, we, therefore, have to be creative in not only managing our scarce resources but reaching out in way of partnership to institutions whose mandate provides a window for us to follow, collaborate and achieve meaningful results in dealing with our peculiar situation. 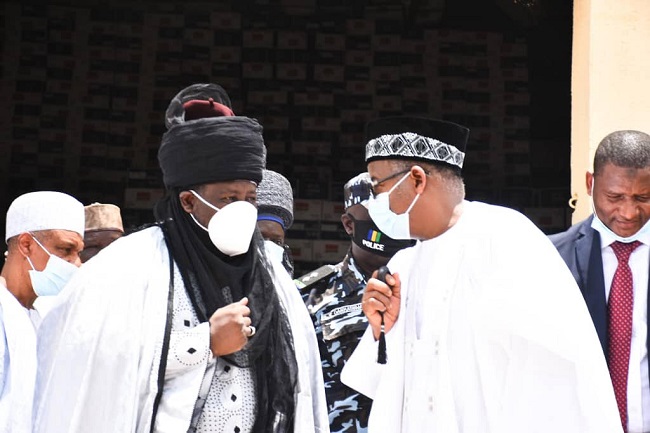 “You will recall that during the total lockdown which affected three local government areas namely, Katagum, Giade and Zaki, a total of 7,000 households in Katagum, 4,000 in Giade, 15,000 in Zaki have benefited from the distribution. Today, we are extending the gesture to all the 20 LGAs of the state. The committee used estimated demography of the local governments for the distribution of the palliatives,” he said.

While saying that the government is still expecting more delivery of such items from NEMA and other Federal agencies, he charged the committee to ensure that the targeted people got the materials.

In his remarks, chairman of the State Taskforce Committee on COVID-19 and Lassa fever, Sen Baba Tela commended the governor for his support which he said contributed significantly to the success of the committee.

Also speaking, chairman of the Palliative Committee, Emir of Bauchi, Dr Rilwanu Suleiman Adamu assured that the committee will be just and fair in the distribution exercise promising that only the vulnerable groups will be reached.

Not One, But Two Crises – Nigerian Economy Still Devastated By The COVID-19…