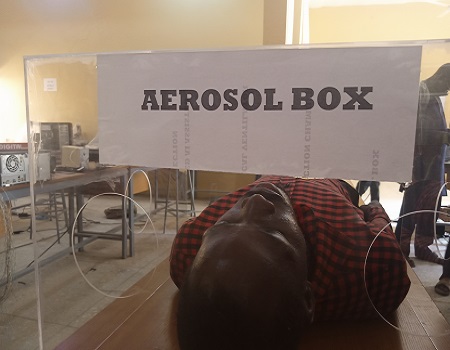 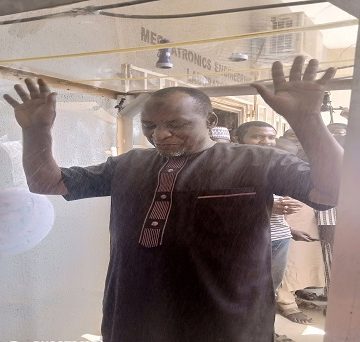 In a determined effort to make ventilators needed for the treatment of stage two of COVID-19 infection, technologists, engineers and other professionals in Abubakar Tafawa Balewa University (ATBU) Bauchi,  have fabricated a prototype of ventilator which is cost-effective and efficient.
The team also fabricated an aerosol box that can be used to protect Medical Doctors and other medical personnel treating a positive patient from being infected by placing the box to cover the head, mouth and nose of the patient. 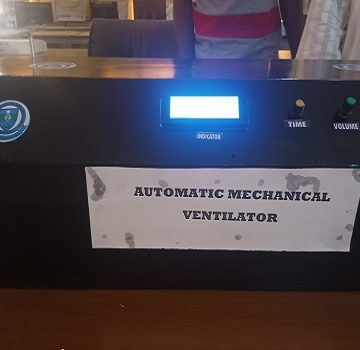 Also fabricated is an automatic spraying machine that can effectively spray anyone going in and coming out of a room considering that one of the ways of getting infected is touching an object earlier touched by an infected person.
While conducting Journalists round the invented machines, the Vice-Chancellor of ATBU, Professor Muhammad Ahmad Abdulazeez explained that the effort is in line with the objectives of the University as a centre of research and invention which it has excelled in over the years.

The VC added that considering the high cost of procuring ventilators and other equipment needed for the treatment of COVID-19, Lassa fever and other infectious diseases, his University decided to go into deep research and at the end was able to come out prototypes of the machines.
He, however, said that lack of funds is the major impediment to the mass production of the machines calling on Government at all levels to as a matter of urgency contact the Mechatronics Engineering Department of the University for mass production of the machines at a moderate cost because according to him, “we are not in this to make profit but to contribute to the fight against infectious diseases particularly COVID-19 and Lassa fever”.
Muhammad Abdulazeez commended the team that worked day and night to ensure the production of the machines saying, “despite the ASUU strike and other issues, these people came out to ensure that we got to this point. They have demonstrated that they are patriotic citizens of Nigeria and have the people at heart. We are indeed grateful to them”.
The VC then expressed confidence that the machines fabricated by the University can stand the test of time, compete with any other one from anywhere because according to him, “our people are qualified professionals who have been tested and certified”.

COVID-19: Another patient discharged in Lagos