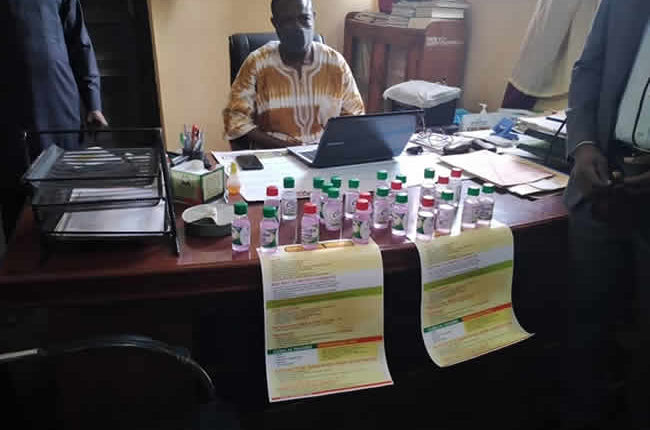 The Academic Staff Union of Universities (ASUU), Taraba State University, Jalingo chapter, has donated items to Taraba government for the mitigation of COVID-19 in the state.

Dr Samuel Shikaa, Chairman of the chapter, who made the donation on Tuesday in Jalingo, said that the donation was to showcase its support to the state.

Shikaa, who said that some of the items were made by members of the union, added that they were already distributed to the university neighbourhood.

He commended the government in the state for its quick response to the COVID-19 pandemic.

In his remarks, Dr Innocent Vakai, Commissioner for Health in the state commended the union for the support.

Vakai, who was also the Chairman, Taraba State Technical Committee on COVID-19, said that the state was free from COVID-19 for now.

He, however, called on well-meaning citizens and groups to support the state in containing the pandemic.

Some of the items donated were hand sanitiser, flyers among other things.