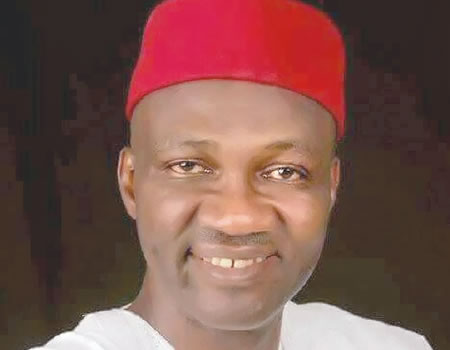 Few hours after the Senate challenged the Executive Director, Projects, Niger Delta Development Commission (NDDC), Dr Cairo Ojougboh, to produce evidence that the federal lawmakers received millions of Naira as COVID-19 allowances, the member of the Interim Management Committee of the intervention agency has denied the claim attributed to him.

The Chairman Senate Committee on Media and Public Affairs, Senator Ajibola Basiru had in a statement demanded a public apology from Dr Ojougboh over the allegation attributed to the latter in an interview with a national daily.

Dr Ojougboh in a separate statement issued last night which he personally signed, however, denied his earlier disclosure.

The member of the IMC of the NDDC said no lawmaker enjoyed COVID-19 allowances since the intervention agency has no provision for it.

His statement read in part: “I want to state without equivocation, without any hint of doubt, that I neither issued nor made, such a statement. Indeed, there is no provision in the Commission’s budget for such a payment.

“Let me make it clear, with all due respect to the hallowed chambers of the National Assembly, as well as to the entire Nigeria public, that I would have resisted such a payment if it were ever brought up in the Commission.

“In the past few months, the Interim Management Committee, IMC has championed a campaign to cleanse the Commission of obvious corruption and frivolous payments and restore it to its core mandate of facilitating the sustainable development of the Niger Delta region. A pillar of this campaign is instituting due process and plugging every dubious hole through which the funds of the Commission are diverted and frittered away.

“In the course of this campaign, it bears to emphasise once more that I and the IMC, as well as the Commission, have been clear to state that the National Assembly, as a distinguished body, as well as the President of the Senate and the Speaker of the House of Representatives, are absolved of blame. The main body of the National Assembly is unaware of the happenings in the NDDC.

“To concoct this dubious, malicious and infantile lie against me, therefore, shows the extent, and how low, people can go to bring harm to individuals and cause disaffection among people and between institutions.

“My service to my fatherland and the zeal of my patriotism, as well as unwavering love for the wellbeing of the Niger Delta region and our people will not allow me to denigrate the lofty institution such as the National Assembly, an important beacon of our collective democratic journey. As a former member of the National Assembly, I hold that institution in the highest esteem and will not undermine nor denigrate its integrity.

“I have always stated that I am a man of peace and a soldier of truth. I have enough integrity and honour to stand by my statements. And let it be affirmed here that I do not issue statements on behalf of the Commission. I do this because it is important, as a man of honour, to speak up when my purpose is questioned and my integrity and character are challenged.

Zainab Ahmed’s Economic Policy Actions In The First Year
The policy execution drive of Mrs Zainab Ahmed, Honourable Minister of Finance, Budget and National Planning, has within this one year into the second tenure of Buhari -led administration, just as it has over the years, consistently helped to take the economy through the frightening months of COVID-19, and also looked to set it on a path to steady growth. But for the impact of the pandemic, perhaps this period ought to be a good time… covid-19 allowances | covid-19 allowances | covid-19 allowances

Nasarawa spends over N700 million in fight against COVID-19