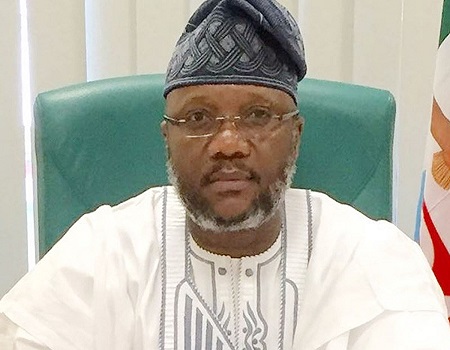 An All Progressive Congress (APC) chieftain in Ogun State, Honourable Abdulkabir Adekunle Akinlade, has complemented the efforts of former governor of the state at cushioning the effect of the ravaging COVID-19 on the people of the state.

Amosun, had on Tuesday donated the sum of N25 million to the Ogun State government to combat the COVID-19 outbreak in the state. He also made provisions of foodstuffs to 25,000 households in Ogun state.

Following his principal’s footstep, Akinlade released some cash to be given to the aged, party faithful and leaders across the 57 local government and local council development areas of the state.

The cash donation is being disbursed by the senatorial and local council coordinators at this time.

He noted that this complementary gesture became necessary in order to support Amosun’s efforts in reaching more people across the state and cushion the effect of the lockdown order by the government.

Akinlade also implored the good people of Ogun State to adhere to the precautions stipulated by the health and appropriate authorities while advising that they abide strictly by the lockdown order to avoid any issue with security agencies during the policy implementation.

Crude oil prices rise above $30/b