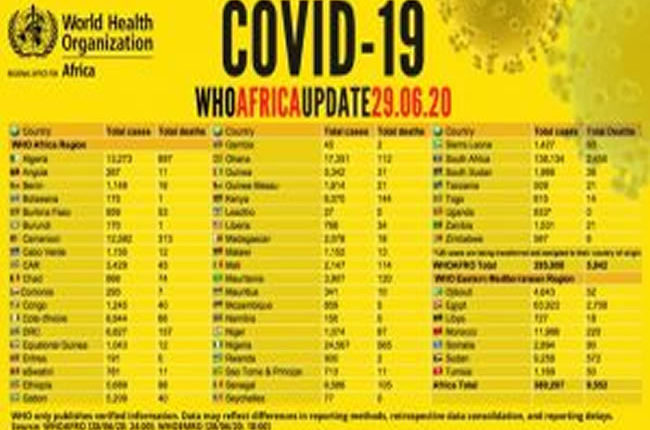 The World Health Organisation (WHO), Regional Office for Africa in Brazzaville, Congo, says there are over 380,000 confirmed cases of COVID-19 on the African continent.

The figures show that South Africa, Nigeria and Ghana, have the highest reported cases in the continent.

The report said that Lesotho, Gambia and Seychelles were countries currently with the lowest confirmed cases in the region.

It said that Lesotho had 27 confirmed cases with zero death.

WHO declares end of 11th Ebola outbreak in DRC

5% of cervical cancer cases attributable to HIV ― WHO