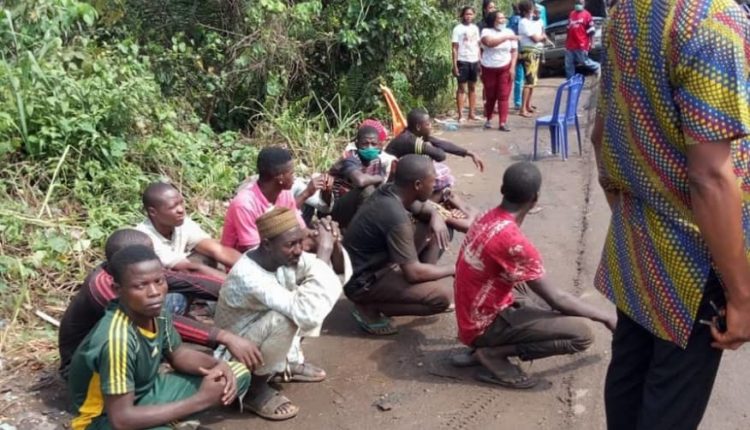 A truck containing no fewer than 70 Northerners was intercepted by officials of the Nigeria Security and Civil Defence Corps (NSCDC) at Ogbomoso area of Oyo State, at the dawn of Wednesday, for flouting the interstate restriction order of the Federal Government.

The arrest was sequel to a distress call at about 3.30am from residents of Ogbomoso that a truck loaded with many persons was headed towards Takie in Ogbomoso.

Profiling of the Northerners revealed that the arrested persons hailed from Katsina, Kano, Kaduna and Zamfara with 50 of them headed to Ibadan, the Oyo State capital, and the remaining 20 persons en route Lagos State.

The driver of the vehicle revealed that he picked the Northerners from the various states and they found their way through roads, bush paths and across interstate borders.

The arrested persons are currently at the Ogbomoso command office of NSCDC awaiting the state Commandant of the NSCDC, Mr Iskilu Akinsanya, for further action.

Oyo State Commissioner of Information, Culture and Tourism, Dr Wasiu Olatunbosun, who is currently on a COVID-19 enlightenment campaign to Ogbomoso, confirmed the development.

Olatunbosun said upon the arrival of the NSCDC state Commandant, the state government’s position that such persons be led back to the state’s border and out of the state will apply.

He further disclosed that another truck containing 60 persons had similarly being intercepted at Igbeti on Tuesday and led back to Kwara end of the state’s border.

Olatunbosun stressed the need for residents of the state to continuously notify the state government of such suspected entry of mass number of people to prevent the spread of COVID-19 in the state.