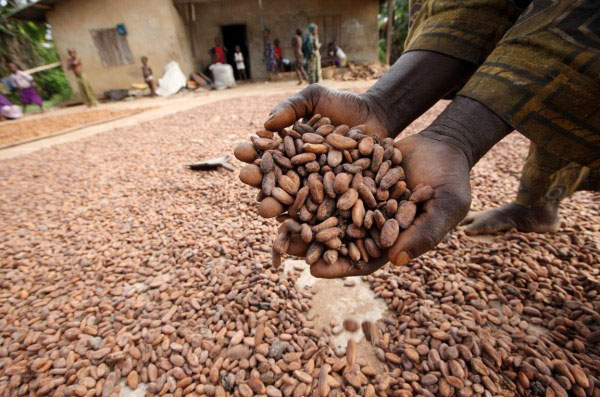 Health protocols introduced by Nigerian authorities to curb the spread of the coronavirus have delayed cocoa exports, leaving at least 30,000 tonnes stranded at the Lagos port and in warehouses, Bloomberg reported.

Under rules introduced by shipping regulators, crew of vessels entering the country’s waters are required to observe a mandatory 14-day quarantine period before they can discharge their goods or take up fresh cargo, according to Muftau Abolarinwa, president of the Cocoa Association of Nigeria, which groups farmers, traders and processors. The disruptions have stalled the shipment of cocoa at the Lagos port and delayed arrivals from farms and warehouses, he said.

Though most of the shipments are meant to fulfill futures contracts, most exporters are anxious to avoid further postponements, said Abolarinwa. “Further delays at the ports might result in the cargoes getting to their destinations late and could result in contract defaults,” he said.

Nigeria, which ranks fifth among the world’s biggest producers, has two cocoa harvests, with the main crop happening between October and December, and the smaller midcrop maturing from April to June. The 2019-20 output estimate for Nigeria was revised to 181,475 tons from 213,509 tons by the industry body, citing the threat of fungal disease to the season that started in October.

At least, 20,000 tonnes of the cocoa belonging to Olam International have been caught in these delays even after being loaded into containers, according to two ports inspection officials. Officials at Olam’s Nigeria office declined comment when contacted for confirmation.

Farmers in many parts of the country’s southern cocoa-growing belt were unable to move their produce to the ports in the past month due to restrictions on movement imposed by the authorities, leaving more shipments stuck in warehouses or en route to the port, said Wale Shittu, a local buying agent based in the southeastern cocoa-trading town of Ikom.

83 per cent of business owners set to downsize, cut salaries, unless… ― LCCI