COVID-19: 22 out of 86 patients currently surviving through oxygen in Abuja — FCTA 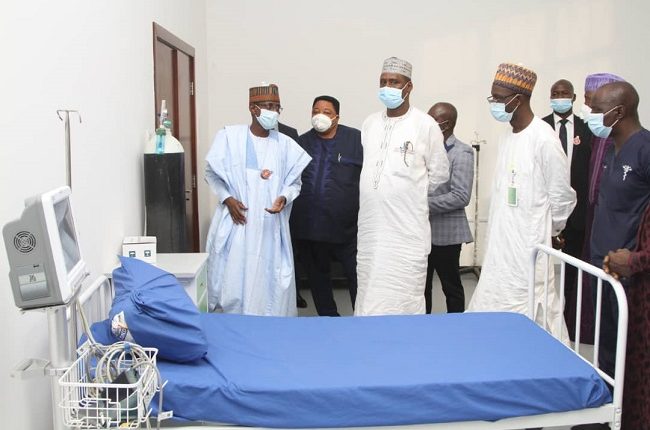 The Federal Capital Territory Administration (FCTA), on Sunday, confirmed that 22 out of 86 patients currently receiving treatment at various Isolation centres within the territory were in critical condition and currently surviving through oxygen at the University of Abuja Teaching Hospital, Gwagwalada.

FCT Permanent Secretary, Adesola Olusade who toured the centres, however, said apart from the 22 patients on oxygen, the reports about the places were impressive.

He said no critical cases are being managed at home as 86 patients were receiving treatment at both the University of Abuja Teaching Hospital (UATH) and the Thisday Dome Centres, respectively with zero case at the Idu centre.

On non-payment of allowances of frontline workers at Thisday Dome centre, the permanent secretary said the Administration was paying attention to it as the centre was just been transferred from the Federal Ministry of Health to the FCT Administration.

According to him: “At Gwagwalada, we have about 42. 46 at Thisday Dome, at Idu, we have zero. Not all of them are on oxygen.

“There is no time we will not have the issues of allowance, but as they are rising we address them. It is only recently that this centre was transferred to FCT, and we are making all efforts to address all issues.” He explained.

The team lead at UATH, Gwagwalada, Dr Yunusa Thairu, who also confirmed that the second wave of the pandemic has some worrisome severe elements, urged government to provide more oxygen and as well as boost the morale of the frontline workers.

“We have severe and critical cases coming in and the need for oxygenation cannot be over-emphasised. As at today, 22 of the patients are on oxygen.” He also confirmed.

Also, the Medical Superintendent at the Thisday Dome Centre, Dr Molokwu Victor,  attested to the fact that all categories of  frontline workers have not gotten their due allowances since September, 2020 till date.

“All categories of staff are being owed their allowances, but the Secretary for health has promised that we should expect something soon, that the FCT Administration is working on it.” Victor stated.

CAN appeals to Abiodun for observance of cross-over night service