Court throws out Jang suit against Plateau, awards N3.4M damage against him 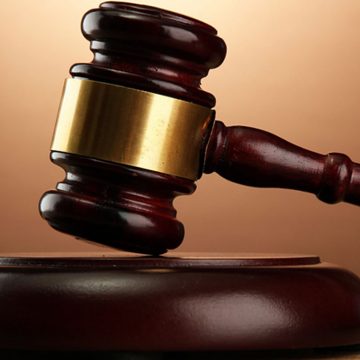 ATTEMPTS by the former governor of Plateau State Senator Jonah Jang to stop Governor Simon Lalong from releasing the white paper on the reports of a Commission of inquiry which investigated its tenure suffered a setback on Tuesday as the Plateau High Court has struck out Former Governor Jonah Jang’s suit and awarded N3.4 million damage against him.

Senator Jang had approached Plateau State High Court seeking to stop Governor Simon Lalong from releasing a White Paper on the reports of a Commission of inquiry.

Lalong had, in August 2016, inaugurated a commission of inquiry headed by Justice Stephen Adah, to dig into the activities of Jang’s administration from May 29, 2007 to May 29, 2015.

It would be recalled that the commission had, in December 2016, completed its assignment and submitted reports to Lalong, who promised to release and implement a white paper. But Jang, who is now a Senator representing Plateau North Senatorial District, filed a suit seeking an injunction to restrain Lalong from releasing the white paper.

In his ruling, Justice Pius Damulak, the State Chief Judge (CJ) and Presiding Judge of High Court I dismissed the suit for lack of merit and being ‘speculative’.

The Judge had said that Jang acted in hast since he did not know the content of the commission’s report to have seeked for injunction stopping the release of the white paper.

“I so find that of all the 13 prayers put up by the Plaintiff, none is substantial and so I rule in favour of the defendants.

“The state government by the Act establishing the Judicial Commission of Inquiry, the state Government has the power to set up the commission to investigate activities of its predecessor.

“I hereby hold that the Plaintiff was only speculative in his assertions and has failed, therefore the case is hereby dismissed and struck out.”

On the requests award of compensation by the Defence Counsels led by the Attorney General of the state, Mr Jonathan Mawiyau, the Judge awarded the cost of N3.4 million against Jang.

“N400, 000 is for the 1st Defendant (Lalong), N1M to the 2nd and 3rd defendant (State and Attorney General) and N2M to the 4th -9th defendant (members of the commission) as a small court against the plaintiff,” the Judge declared.

Speaking on the judgement shortly after the ruling, Mawiyau, described the ruling as ‘articulate’ and ‘commendable’.

The attorney General said that with the ruling of the court on the matter, the state government was now at liberty to release the white paper in fulfillment of its promise to the people of the state.