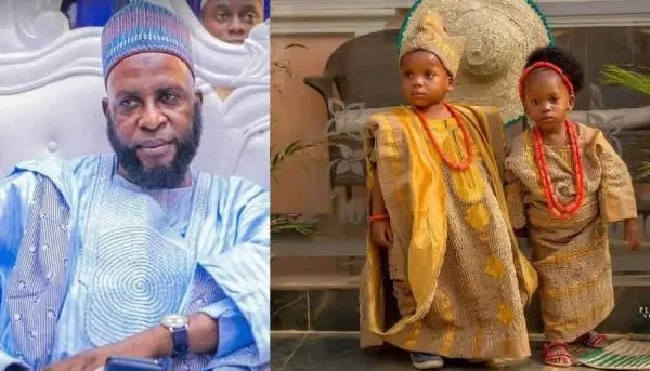 After 11 months in a Correctional facility in Oyo State, the kidnappers of the twin children of renowned Ibadan based Islamic scholar, Sheik Taofeek Akewugbagold, were on Wednesday given conditional release by Justice Mashud Abass of the Oyo State High Court sitting at Ring Road in Ibadan, who stated that he will not sign their release until some conditions given by the court are met.

The court ordered the release of the six defendants; Muhammed Basir, Oyeleye Opeyemi, Olumide Ajala, Taiwo Ridwon, Rafiu Mutiu and Fatai Akanji, who were all standing trial over allegations of kidnapping the twins aged two years and four months, at gunpoint at their residence in Ojoo area, Ibadan, on April 17, 2020, and two of the defendants are employees of Akewugbagold who are close to the family.

The decision of the court to free the defendants who had been remanded since April 25, 2020, without the option of bail was based on the application of Akewugbagold, the principal prosecution witness in the suit on Monday, March 22, 2021 before the court, asking that the court strike out the case as he has forgiven the defendants and is unwilling to give evidence against them.

Also in his application, Akewugbagold had urged the court to mandate the defendants to sign an undertaking that nothing would happen to him and his family, adding that he has left the matter to God to judge.

In his ruling on the matter, Justice Abass noted that there are provisions within the constitution of Nigerian that can compel Akewugbagold to appear to give evidence in the suit even after he has withdrawn his intention to prosecute, adding that Akewugbagold took the decision based on his vast knowledge in Islamic laws that indicate that in some cases, compensation can be ordered to be paid to the family of a victim by a murder suspect.

Justice Abass, however, reiterated that applying the provisions in the Nigeria law in this particular matter might not lead anywhere due to the fact that the star witness had decided not to give evidence against the defendants.

He ordered that the defendants sign an undertaking that nothing would happen to Akewugbagold and his family and urged parents to always monitor the activities of their wards and the type of peer groups they move with.