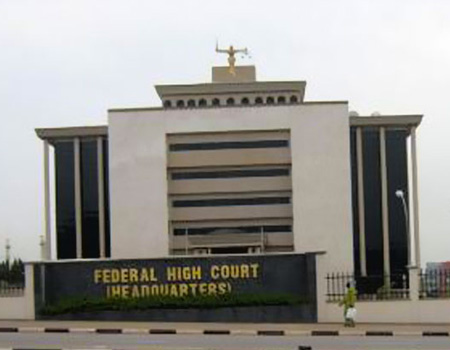 Justice Chuka Obiozor of a Federal High Court, Lagos, on Wednesday, struck out a suit by the Federal Government seeking to recover $793,200 million, N249,659,700 billion, from seven banks in Nigeria, which it claimed they hid for ‘unknown’ government officials.

Justice Obiozor, also ordered the FG to pay the sum of N200,000 as costs to all of the banks except Skye Bank which was not represented by any lawyer.

The court struck out the suit followed by a notice of discontinuance dated August 7, 2017, brought by lawyer to the Attorney-General of the Federation Professor Yemi Akinseye-George (SAN).

Akinseye-George had told Justice Obiozor that the court that the FGN had decided to explore an out of court settlement with the named banks in the public interest.

It would be recalled that on July 20, the FG accused the banks of hiding $793m in contravention of the Treasury Single Account (TSA) policy.

The FG thereafter sought and obtained an interim order directing the banks to remit the sum to a designated account at the Central Bank of Nigeria (CBN).

The Federal Government applied to discontinue the suit on the instruction of the Attorney-General.

Apart from asking for the dismissal of the FG’s Notice of discontinuance, they also asked for costs of between N10million and N20million for each bank as compensation or damages that their clients have suffered due to the Ex-parte Order obtained by the FGN.

However, in response to the Banks’ applications, Professor Akinseye-George argued that the banks are not entitled to any cost because, among others, they did not file any affidavit to particularise the nature of the damage they claimed to have suffered.

Justice Obiozor however, in his ruling on Wednesday, stated that since the suit did not proceed to trial, the justice of the case was in favour of an order to strike it out, rather than a dismissal.

“I find that as I have not adjudicated on claims in the action before me for a pronouncement on the merits of the issues arising therefrom, the proper order to make, with respect to this matter, is one striking out this suit and not of dismissal and I so hold.”

“In the instant case before me, the matter is yet to proceed to trial. I do not find that the justice of this case demands that this matter should be dismissed.”

“Nevertheless, I shall not turn a blind eye to the effect of the interim order on the defendants. This case cannot now go on. I find no reason not to compensate the defendants with costs at least to those of them who have appeared in this matter,” she said.

He however declined to grant the amount demanded as costs. “I find the request for N10million or N20million as costs to the defendant not to be founded on, with respect, established principles.”

“The defendants deserve compensation which I assess and put at N200,000 against the favour of and to be paid to each of the first, second, fourth, fifth sixth and seventh defendants.”

“In the final analysis, the suit is hereby struck out and the plaintiff shall not re-list this suit without the obtaining leave of court. The interim order of this court made on the 20th of July 2017, are hereby set aside, truncated and discharged,” he ruled.