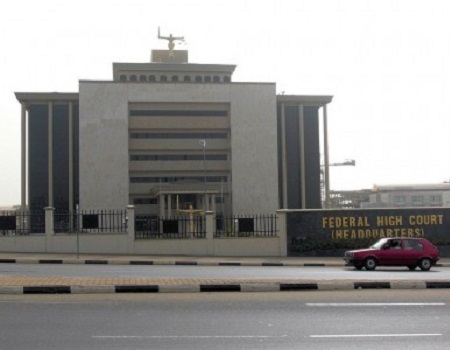 The plaintiffs, Western Oil and Gas Company and Trust Oil Company Nigeria Limited had approached the court via Originating Summons to challenge the decision of FIRS to vary its five-year tenure of pioneer status that guarantees it rebates in company income tax.

According to the suit Numbered: FHC/ABJ/CS/240/2021 filed on their behalf by the former President of the Nigerian Bar Association (NBA), Augustine Alegeh (SAN), the plaintiffs want the court to order FIRS to pay them N200 million as general damages, N150 million as exemplary and aggravated damages and a further sum of N120 million as cost of action.

The Oil firms also want the court to issue an order of perpetual injunction restraining FIRS from carrying out its instruction, from interfering or reducing or purported to have reduced their five years pioneer status duly granted to them by the Federal Government, through the Nigerian Investment Promotion Commission.

The plaintiffs specifically pray for an order setting aside the defendant’s letter dated January 11, 2021, served on them separately for being oppressive, unwarranted, capricious, insensitive, reprehensible, unfair and ultra vires the power of the defendant.

They therefore, want the court to declare that FIRS has no power to vary the tenure of the pioneer status statutorily granted to them

In a vehement opposition to the suit, FIRS, in a 27 paragraph counter affidavit said, the five year period granted the plaintiffs were in error and not supposed to be on a stretch but for three years in the first instance and one or two years thereafter, to make a maximum of five years only to companies taxable under the Company Income Tax Act Cap CAP 21 LFN 2004, (as amended).

FIRS told the court that the tax-free status granted to the plaintiffs was the first three years, 2009 to 2011 and, “no more”, adding also, “that the approval for the five years pioneer status is based on the recommendation of the Inter-ministerial Committee and not to be cited as precedence in the future”.

After the adoption of all processes filed in the matter, the trial court Judge, Justice Taiwo Taiwo adjourned till November 12 to deliver judgment in the matter.

Without collaboration, VAPP law implementation will not succeed ― Betty Akeredolu