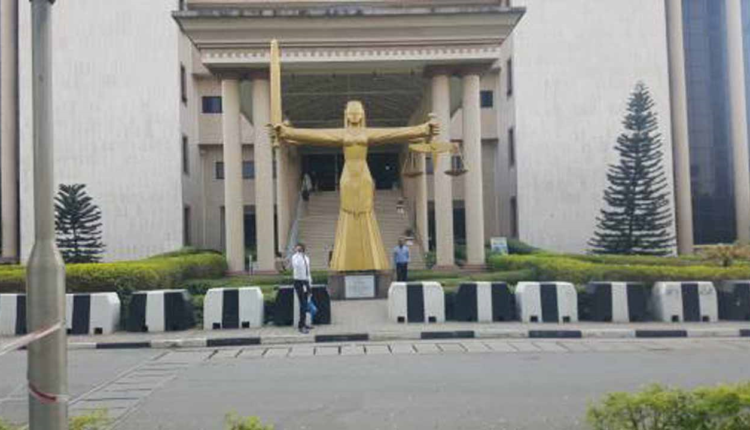 Justice Inyang Ekwo of the Federal High Court in Abuja, on Tuesday, fixed December 13, 2021, for the continuation of hearing in a suit filed by 36 states of the federation, challenging the moves by the federal government to deduct the sum of $418 million from their bank account.

The sum is planned to be deducted through the ministry of finance to pay contractors who worked for the state government in the Paris club refund.

When the matter came up yesterday, the trial judge, permitted the plaintiffs, (36 states of the federation) to regularize their processes that were filled out of time and also granted permission for substituted service on some of the defendants who have allegedly refused to accept court processes.

The motion for regularization and for substituted service granted by the judge were moved and argued by Jibrin Okutepa (SAN).

Drama however ensued when the judge was about to adjourn the matter, as some of the defendants made desperate efforts to argue their motions praying the court to discharge the interim restraining order of injunction granted in favour of the states against the deduction of the money by the federal government.

Counsel to two of the defendants Chief Woke Olanipekun and Olusola Oke, both Senior Advocates of Nigeria (SAN) battled through oral applications for the court to discharge the order of injunction.

They argued that by the practice direction of the court, the restraining order ought to last for 14 days and that it should be deemed as expired and no longer in existence.

However, counsel to the states government, Okutepa read out the order in the open court and submitted that until the motion for interlocutory injunction is decided, the interim order shall be in force and binding on all parties.

Onyeka Nwokolo, who represented Ned Nwoko and Linas International Ltd, while speaking with newsmen, expressed displeasure over the way and manner the Paris club refund was being politicized and used to blackmail some of the defendants.

According to him, the states legitimately on their own volition, issued power of attorney to some of the defendants to pursue the Paris club refund on their behalf, with a condition that 10 percent of the recovered money will be paid and insisted that the power of attorney is binding on the parties.

Nwokolo urged the plaintiffs to be honourable in implementing the contractual terms rather than foot-dragging.

He revealed that a subsisting judgement of a court of competent jurisdiction has ordered the payment of the money to the contractors after the Economic and Financial Crimes Commission (EFCC) had investigated and confirmed the authenticity of the contract.