Court set to rule on former Head of Service, Oyo-Ita, others’ bail application 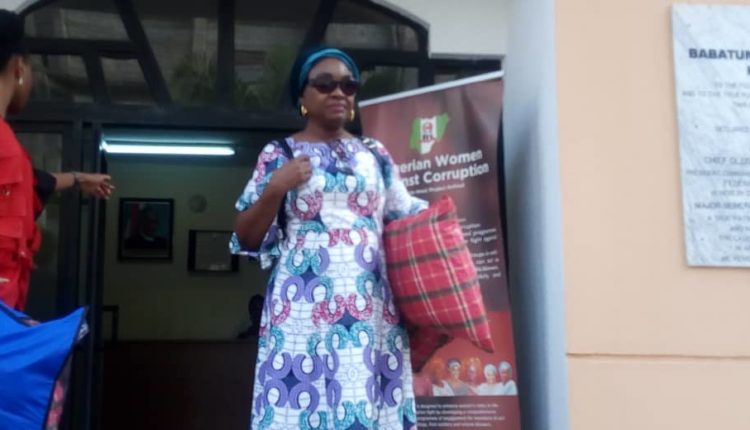 Justice Taiwo Taiwo of the Federal High Court in Abuja has stood down to deliver ruling on the bail application by the immediate past Head of Service of the Federation (HoS), Winnifred Oyo-Ita and eight others arraigned by the federal government on an 18-count fraud charge.

Oyo-Ita and her codefendants, however, pleaded not guilty to the charges slammed against them by the Economic and Financial Crimes Commission (EFCC), prosecuting them on behalf of the Federal Government before a Federal High Court in Abuja.

They were arraigned for fraud in relation to Duty Tour Allowances (DTA), Estacodes; conference fees fraud and receiving kickbacks on contracts.

After pleading not guilty to the charges, counsel to the former Head of Service, Paul Erokoro (SAN) prayed the court to grant her bail on very liberal terms.

According to Erokoro, Oyo-Ita has been on administrative bail by the EFCC and will not, in any way jump bail. If granted.

Other defendants, through their counsel, prayed the trial Judge to grant them bail.

The prosecution counsel, Mohammed Abubakar, who did not oppose the bail application filed by the defendants held, that the issue of bail is at the discretion of the court.

The anti-graft agency said it discovered that Oyo-Ita, in her roles in the civil service as Director, Permanent Secretary and Head of Service, used her companies as well as Effiok’s and Umar’s companies as fronts to receive kickbacks from contractors of various ministries and parastatals where she worked.

The EFCC alleged that the former head of service in collusion with Effiok who was her Special Assistant, along with one Titus Okunriboye Tomsin was also accused of making bogus claims of fictitious DTA, Estacodes, conference fees which were paid by the government to the accounts of the suspects.