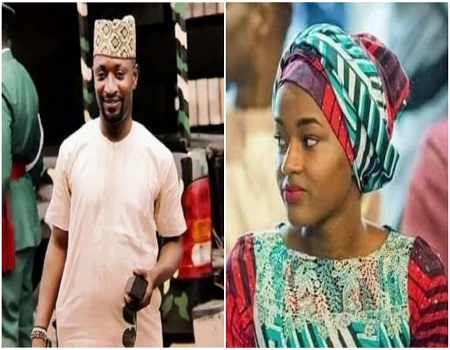 A federal high court in Asaba, Delta State, has fixed April 1 for the judgement in the lawsuit filed by Anthony Okolie against the Department of State Services (DSS), Hanan Buhari and MTN.

Okolie was captured and confined at the headquates of the DSS for a period of 10 weeks for buying an MTN SIM card whose phone number was once used by Hanan, daughter of President Muhammadu Buhari.

After his detainment, Okolie, through his legal counsellor, Tope Akinyode, sued the DSS, MTN and Hanan, requesting compensation of N500m for the infringement of his human rights.

At the hearing of the suit, Akinyode stated, “The law is that under section 44 of the constitution every person in Nigeria can possess and hold interest in moveable properties and we have shown that the applicant is the lawful owner of the SIM card in question.

“The applicant was detained for a period of 10 weeks. I’ve read all the provisions of the constitution from the beginning to the end and I’ve never seen an allowance of such under the law.

“We ordinarily do not need to be labour ourselves, it is a clear violation of the applicant’s human rights.

However, E.E. Daubry representing the DSS, argued that Okolie’s ordeal was not instigated by Hanan Buhari but rather by the Presidency, who he argued wrote the DSS to investigate the matter.

Daubry said the letter from the Presidency was a sensitive one, which ought not to be seen by the public.

He, therefore, urged the court to allow him to present the letter to the judge privately so that its confidentiality will be preserved.

However, Akinyode sternly objected to the application of the DSS to show the letter to the judge in private, describing it as an ambush.

Akinyode said, “The argument of the 1st respondent (DSS) that the document is classified and can’t be brought to court is very watery.

“The court is a public place that can be accessed by the public. The documents we tender in court are public documents and the CTC can be applied for.

“Our humble application would be that the court should order them to serve that document; exhibit on us.”

The DSS thereafter withdrew the purported letter from the Presidency and said it would no longer tender it as evidence.

However, the DSS lawyer urged the court to award “leg-breaking cost” against the applicant.

The matter has been adjourned until April 1 for judgment.