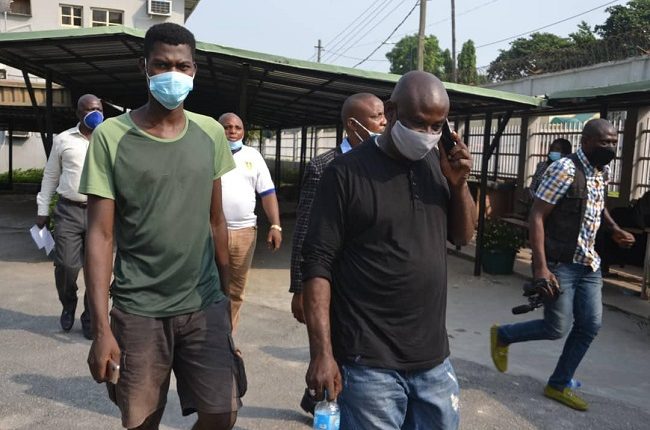 Justice Chuka Obiozor of the Federal High Court sitting in Lagos on Wednesday ordered the remand of two businessmen, Vanger Luper and Bright Ogbuagu, at the Ikoyi correctional centre for allegedly being involved in adulterating automobile engine oil.

The duo was alleged to have produced fake Total, Mobil, Forte Oil and AMMASCO engine lubricants and placed forged labels on them to deceive unsuspecting buyers.

The Standards Organisation of Nigeria (SON) had arraigned the two men on a five-count charge bordering on dealing in substandard engine oil and fraudulently claiming they were genuine products.

According to the prosecution, the alleged offence is punishable under Section 26 (a) and (b) of Standards Organisation of Nigeria (SON) Act 2015.

The prosecution said the defendants “did conspire and deal in” the adulterated/substandard engine oil for public consumption, which “did not comply with marking criteria of the mandatory industrial standards.”

SON said the defendants deceived the unsuspecting buyers to believe that the adulterated products were genuine and branded lubricants, adding that the “products were not of the quality which you represented them to be.”

In addition, SON said the products did not have the requisite Mandatory Conformity Assessment Programme (MANCAP) certification.

The prosecution said by dealing in the substandard lubricants, the defendants also violated and are liable to be punished under Section 1(18 a ) (i) and (ii) of the Miscellaneous Offences Act 2004.

Luper and Ogbuagu pleaded not guilty to the charge.

The prosecutor consequently asked the court to remand them in the custody of the Nigerian Correctional Centre until the case is concluded, adding that he had five witnesses to prove the charge.

Defence counsel, Mr S. T. Akinwunmi, asked the court for a short date to enable him to file a bail application.

Justice Chuka Obiozor ordered that the defendants be remanded in the Nigerian Correctional Services.

He adjourned until February 1, 2021 for the hearing of their bail application.