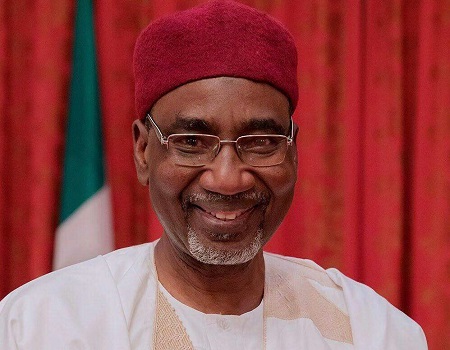 The Abuja Division of the National Industrial Court of Nigeria on Thursday reinstated Ambassador Mohammed Dauda, who was unlawfully dismissed as a Director with the National Intelligence Agency (NIA).

Dauda, who was dismissed on March 6, 2018, was also awarded one million naira against the defendants.

In an originating summons filed through his counsel, Kanu Agabi (SAN), and marked NICN/ABJ/136/2018, Dauda joined the Director-General and NIA as first and second defendants respectively.

He asked the court to determine whether the procedure adopted by the defendants in the case leading to his purported dismissal is in compliance with Article 8(1) and (2) of the National Securities Agency Act (CAPS 278) 1986.

He also asked the court to determine whether the purported letter dismissing him issued on March 6, 2018, is not unlawful, null and void and of no effect whatsoever.

The former acting NIA DG also asked the court to reinstate him as director; and order for the payment of his salaries and other entitlements from the date of his unlawful dismissal to the date of his reinstatement.

Delivering his judgment, Justice  Olufunke Anuwe granted all the reliefs sought by the claimant and declared Dauda’s dismissal as a director in the agency as illegal, null and void and ordered for his immediate reinstatement.

The judge also ordered for the full payment of his salaries and entitlements from the date of his dismissal to his date of reinstatement and also awarded him one million naira against the defendants.