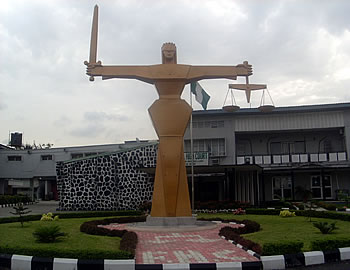 A Federal High Court in Lagos on Tuesday ruled on an application seeking to bar journalists from covering and reporting the proceedings in a suit filed by the Federal Government  against multinational oil company, Total E&P Nigeria Plc.

FG had sued Total E&P Nigeria Plc, alleging that the oil company under-declared the volume of crude oil it shipped out of the country between January 2011 and December 2014.

The government also accused the oil company of short-changing it to the tune of $245,258,640 by allegedly shipping several barrels of crude oil out of the country without making due remittance to the government.

Counsel to Total, Mr. Babatunde Fagbohunlu (SAN), had filed an application, urging the court to bar journalists from covering and reporting the proceedings.

He had argued that the media reports made it appear as if his client had already been found guilty of the allegations levelled by the Federal Government.

Fagbohunlu said the media reports were pre-judging the case.

In her ruling, Justice Mojisola Olatoregun dismissed the application, stating that she couldn’t bar journalists from performing their duty in court.

She reminded the counsel that the court was a public place which was open to journalists.

She, however, warned journalists to always report accurately.

Similarly, Justice Olatoregun also granted an application by the Federal Government to amend its pleadings in the case.

She held, “I have gone through the affidavit and the counter-affidavit in same to front-load new facts for an amendment of originating process.

“The prayer of the plaintiff was to amend pleadings and same was disclosed as being urgent. The defendants failed to disclose any injury they will suffer if this application is granted.

“I find merit in granting this application to amend the process and the list of witnesses. This must be filed within 14 days from today. The defendants are at liberty to file consequential amendment if they choose to do,” she said.

Justice Olatoregun adjourned further proceedings in the case till January 16, 2017.

It would be recalled that the FG had filed the suit following a forensic analysis linking decline in oil revenue to alleged non-declaration or under-declaration of volume of crude oil shipped out of the country by the Total and other oil companies.