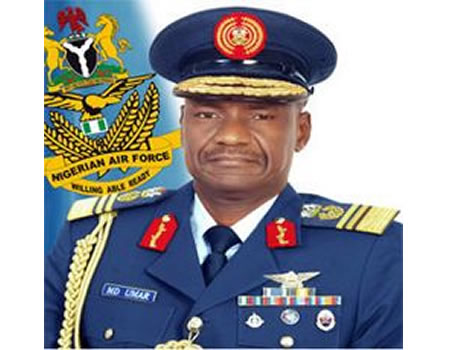 The Federal High Court sitting in Abuja, on Tuesday, discharged and acquitted the former Chief of Air Staff, Air Marshal Mohammed Umar Dikko in six out of the seven-count money laundering charges slammed against him by the Economic and Financial Crimes Commission (EFCC).

Justice Nnamdi Dimgba, while ruling on a no-case application filed by the former Air Force Chief held that the prosecution failed to place evidence before the court to warrant the defendant to open his defence in charges one to six preferred against him by the EFCC.

The court, however, held that the former Chief of Air Staff has a case to answer in count seven of the charge and adjourned till April 28 for the continuation of trial in the matter

Dikko was alleged to have, among other charges, diverted funds from the accounts of the Nigerian Air Force (NAF) to purchase six choice properties in Abuja, Kano and Kaduna states.

“Please do not talk to my father. He is yet to come to terms with the death of his son. It is a most tragic experience. How does one quantify the loss of a dear brother? My brother was killed like an animal by two herdsmen. His offence was that he asked them to drive their cows off his already cultivated farmland,” Bisi Olaosepin, whose brother was hacked to death, struggled to hold back his tears as he relayed to Sunday Tribune the horrible experience that culminated in the passage of his brother…Court quashes six out of seven-count charge against former Air Force Chief, Dikko

UNICEF launches ‘Faith for Life’ handbooks for Christians and Muslims