Court orders reinstatement of soldier dismissed 14 years ago, asks army to pay his salaries, allowances from 2007 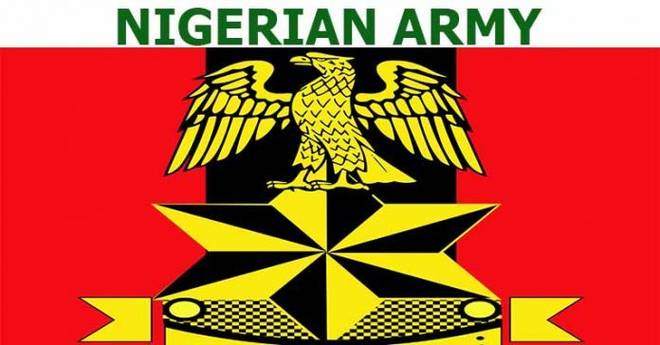 The National Industrial Court of Nigeria, on Tuesday, nullified the dismissal of a soldier, Lance Corporal Abdul Umar, from the Nigerian Army and ordered his immediate reinstatement.

Joined as co-defendants in the suit are the Armed Forces Council, Chief of Defence Staff and Minister of Defence.

Delivering judgment, Justice Oyebiola Oyewumi held that the dismissal of the soldier was done in excess of the powers conferred on the commanding officer.

The judge further said that there was no evidence to show that the soldier was allowed to make personal or legal representation before he was convicted.

She described the action as “an act that offends the principle of natural justice.”

Oyewumi therefore dismissed the objections of the defendants for lacking merit and said the trial was done in violation of the rules of natural justice as enshrined in the 1999 Constitution as amended and cannot be the foundation of any action.

“The fact that the claimant was rightly brought before the commanding officer will not excuse the defendants from the consequences of non-compliance with the stipulated procedures.

“Any act which occasioned miscarriage of justice against a party should not be allowed to stand,” she ruled.

The judge also ordered the payment of the soldier’s salaries and allowances from Septemner 20, 2007 till date.

The court in addition awarded the sum of N1 million in favour of the soldier.

From facts, the soldier, through his counsel, Michael Ukachukwu, in his complaint dated February 24, contended that his trial was conducted against legal standard.

He added that his client was not given fair hearing as the soldier with his other dismissed colleagues wrote several letters of appeal to the authorities but to no avail.

Ukachukwu equally averred that the offence under which the soldier was charged can only be tried by a court martial and not summary trial.

In defence, the defendant asserted that the claimant’s summary trial and subsequent dismissal was in accordance with the laid-down procedure in the military.

Defence also argued that the dismissal was in accordance with applicable laws, procedures and was allowed to defend himself after which he was found culpable.

The defence equally objected that there was no cause of action against them and that the suit was statute-barred having been brought outside the statutory period of three months.

Court orders reinstatement of soldier dismissed 14 years ago, asks army to pay his salaries, allowances from 2007

In spite of the huge investment in the water sector by the government and international organisations, water scarcity has grown to become a perennial nightmare for residents of Abeokuta, the Ogun State capital. This report x-rays the lives and experiences of residents in getting clean, potable and affordable water amidst the surge of COVID-19 cases in the state.  Court orders reinstatement of soldier dismissed 14 years ago, asks army to pay his salaries, allowances from 2007