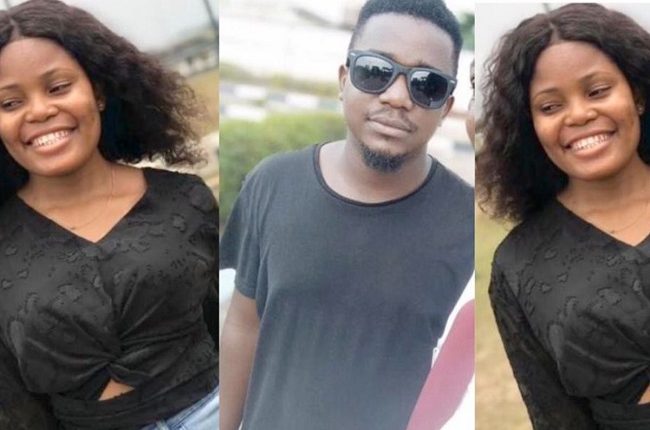 Justice Bassey Nkanang of Akwa Ibom State High Court sitting in Uyo, the state capital on Tuesday issued a warrant compelling the Nigeria Correctional Service (NCS) to produce in court Anwan Bassey Akpan, the sister of Uduak, the prime suspect in the killing of Iniubong Umoren.

Anwan Bassey Akpan is the third accused person in the murder of the late Umoren, who was lured, raped and killed through a phoney job offer on social media early this year.

Tribune Online reports that Miss Umoren, a graduate of Philosophy, University of Uyo (UNIUYO) was on the verge of being enlisted for the National Youths Service Corps (NYSC) scheme before she was killed.

Justice Nkanang’s order followed Anwan’s absence in court after she was arrested and detained for allegedly obstructing the arrest of his brother.

Uduak is standing trial along with his father, Frank who was listed as the second accused person.

The State Solicitor-General, Christopher J. Udoh, had during the proceedings prayed the court to issue the production warrant since the third accused person was not in court.

He also informed the court that the initial charge filed in June has been substituted with an amended one filed on October 29, 2021, in order to join the third accused person who was arrested recently and joined in the suit.

The two counsels to the defendants in the matter, Emms Ekongson and Samson Adula, however, did not raise any objection to the prayers by the prosecution counsels.

Justice Nkanang, who is just resumed in the court after Justice Bennett Illaumo was substituted also ordered that a witness summon be served to the Chairman of Uruan Local Government Council, Mr Iniobong Ekpenyong, at his Ewet Housing Uyo and one Kufre Michael Effiong of No 16 Esuene Street, Uyo.

However, the new judge who promised to follow the trial dates of his predecessor adjourned the case to November 4, 2021, for plea taking and in pre-trial session.

Addressing newsmen, former Attorney-General and Commissioner for Justice, Mr Uwemedimo Nwoko (SAN), expressed happiness over the seriousness that the state government has attached to the case

Nwoko also expressed happiness that the sister of the first accused person (Uduak Abasi Akpa) who had created some level of complications in the process of apprehending the culprit has also been arrested and charged.

Nwoko said: “This case that has a great deal of public interest, and I am representing the interest of Ati Annang Socio-cultural organization, from the ethic extraction where the deceased came from. We are going to follow up on the proceedings up to the end of the matter.

“I am very happy today that His Lordship, the new trial judge who is just resuming new in this court has done something very unique. One, he has decided to sustain all the dates that his predecessor adjourned the case before, which is about 10-days.

“Two, we now have the principal accused person, with the father, and the sister charged together for complicity in the death of our dear sister Iniubong Umoren. Right now the prosecution team is led by one of the best, the solicitor general of the state.

“And that shows the level of seriousness that the government is attaching to this matter. And as a socio-cultural organization also representing the family of the deceased, we are interested in getting to the bottom of the case.

“Good enough there is an amendment to the charge. The initial charge carried two names, which was the main accused person and the father. Now the sister has been added.”