Court orders Mercy Aigbe’s husband to stay away from her 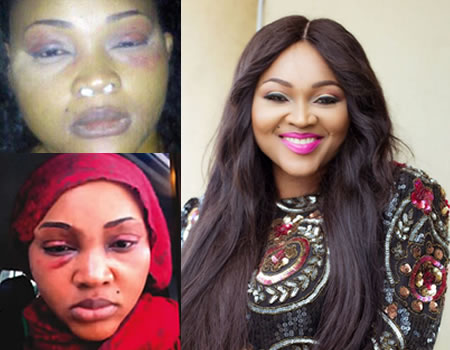 The scheduled trial of Nollywood actress, Mercy Aigbe’s husband, Olanrewaju Gentry, 52, who was accused of battering her was on Friday adjourned  till July 12.

The order of the court , it was learnt, was sequel to an application filed on behalf of Mercy Aigbe by the Lagos State Domestic and Sexual Violence Response Team (DSVRT).

Though the matter was slated for Friday for commencement of of Gentry’s trial for allegedly assaulting his wife, the matter failed to come up.

Sources at the court however disclosed that the matter failed to come up because Gentry’s relatives have commenced the process of securing bail for him.

The Police prosecutor, Inspector N. Peter had alleged  that Gentry on April 17, conducted himself in a manner likely to cause breach of peace by constituting nuisance and behaving in a disorderly manner in a public place.

According to the prosecutor. Gentry unlawfully assaulted one Mercy by beating her with his fists all over her body.

He was further alleged to have caused Mercy Aigbe grievous bodily harm after giving her a blow on the nose which made  blood to start gushing out.

Gentry however pleaded not guilty to the charges.

The accused was granted bail in the sum of N500,000 with two sureties in the like sum.