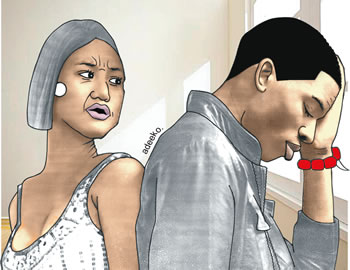 A Sharia Court sitting in Magajin Gari, Kaduna State, has dismissed a divorce suit filed by a house wife, Amina Aminu, against her husband, Umar Muhammad, alleging that he smoked in her room.

She added that he dislike her relatives and did not feed her for nine months.

Delivering judgment, the judge, Murtala Nasir dismissed the case and ordered Muhammad to pay N10, 000 to the complainant as compensation for not appearing before the court four times after being summoned.

In her petition, Amina who lives in Rigasa, Kaduna, through her counsel, S. Abubakar, prayed the court to order Umar to pay N60, 000 as compensation for not appearing before the court.

Umar who also resides at Rigasa in Kaduna, through his counsel, Nazifi Shehu, prayed the court to dismiss the case for wanting in jurisdiction.

According to the News Agency of Nigeria (NAN), in previous sittings, the defendant obliged his wife’s request for divorce and also prayed the court to order her to marry another wife for him.

The court, however, adjourned the case.

Why I am investing in young talents —Obodoagwu, CEO, AkwaAmaka Production