As irate youths attack journalists during protest against power outage 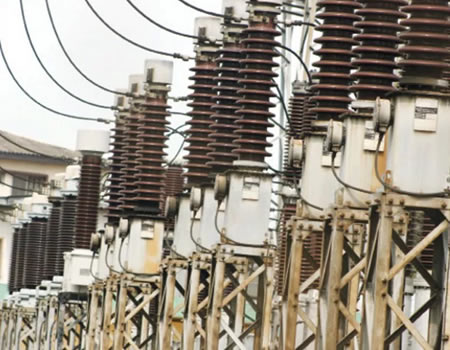 An Osun State High Court, sitting in Ilesa on Monday granted an order, directing the Ibadan Electricity Distribution Company (IBEDC) to restore electricity of Ilesa community, which has been in darkness for weeks.

Kanmi Ajibola, who is the chairman of the Nigerian Bar Association (NBA), Ilesa branch and Yinka Sokoya had instituted a suit with no HIL/29/2019 against the IBEDC following the prolong power outage in the area.

The presiding judge, Justice A.L Adegoke declared that “I have given adequate consideration to the reliefs sought by the applicants therein vis-a-vis the facts deposed to in the supporting affidavits.”

According to the copy of order obtained by Tribune Online in Osogbo, the judge held that “I am of the strong view of the need to grant the application in the interim in order to prevent further hardship being caused to the applicants pending the hearing and determination of the motion on notice to be filled.”

The plaintiffs had approached the court seeking an order directing the defendants to restore or reconnect the electricity supply of the applicants pending the hearing and determination of the motion on notice to be filled by the applicants.

Meanwhile, some irate youths protesting the blackout being experienced in Ilesa on Monday attacked some journalists, damaging their cameras and other gadgets.

Reacting to the development, the Nigeria Union of Journalists (NUJ), Osun State council in a statement signed by its chairman and secretary, Comrade Kehinde Ayantunji and Comrade Bamigbola Boladale respectively described the attack as uncivilised and barbaric.

The statement reads “the Nigeria Union of Journalists(NUJ) Osun State Council has condemned the attack on its members at Olomilagbala, Bolorunduro, in Ilesa East Local Government, on Monday, describing it as ‘uncivilised and barbaric’.”

Five Journalists, namely: Shitu Abdulfatai of the Channels TV, his Cameraman, Kadri Kabir, Rafiu Hammed of TV Continental, (TVC) and his Cameraman, Taiwo Adu were among those attacked by suspected thugs.

“The newsmen were in Ilesa in the early hours of Monday to cover the protest embarked upon by the youth over power outage in Ijesa land.”

The statement added that the journalists could have lost their lives, if not the timely intervention of some good samaritans who promptly came to their rescue.

“We are shocked and seriously disturbed by the ruthless attack on four of our members today in Ilesa. We considered such attack as bestial, barbaric and uncivilised; and a declaration of war against journalists who were performing their constitutional responsibility.

The statement reads in parts: “It is indeed regrettable that those who were striving hard to ensure that the legitimate grievance of the people are brought to the attention of concerned authorities suddenly became subject of attack.

“The attack was so brutal to the extent that Taiwo Adu of TVC and Kadir Kabir of Channels could not stand on their feet as at the time of issuing this release. They were callously hit with bottles and various dangerous objects and held captive for about an hour with serious humiliation.

“They are currently on admission at the Ladoke Akintola University Teaching Hospitals, Osogbo. Their Cameras and other gadgets worth millions of naira were completely destroyed.

“While we recognise the right of protest as a fundamental right, it must not be allowed to degenerate to the level of being hijacked by hoodlums.”

Yar’adua Foundation, 29 other firms to lose properties worth N4.8bn to FG ― ICPC