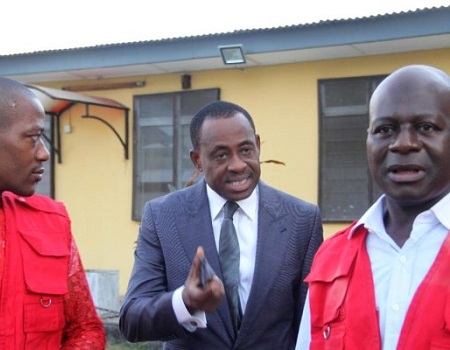 Odukoya was charged to court by the Economic and Financial Crimes Commission (EFCC).

“The totality of the preliminary objection fails and is hereby dismissed.

“The proper parties are before the court and the application is a time wasting device. I so hold,” Justice Dada ruled.

Following the ruling, Mrs Zainab Ettu, the prosecuting counsel for the EFCC informed the court that nine prosecuting witnesses are to testify against the airline boss.

“We will be asking the court for trial dates,” Ettu said.

Odukoya’s defence counsel, Mr Olawale Akoni (SAN) had on June 29, via a preliminary objection, prayed for an order of the court striking out the charge.

The application supported by an 11-paragraph affidavit had sought an Order quashing or striking out the charges filed by EFCC for lack of jurisdiction.

The EFCC is prosecuting Odukoya alongside FirstNation Airways and Bellview Airlines on a four-count charge bordering on forgery, use of the false document, perjury and stealing.

According to the EFCC, the defendant forged the Memorandum of Loss of Lagos State Certificate of Occupancy registered as No. 33 at page 33 volume 1011 at the Lagos State Land Registry, Alausa, Lagos, in order that the document is acted upon as genuine.

The forged document was in respect of a property located at No. 29, Oduduwa St., Ikeja GRA, Lagos.

Odukoya is alleged by the EFCC to have used the false document, and also gave false information on oath, concerning the loss of the certificate of occupancy at the Lagos State Land Registry.

The anti-graft agency also alleges that on Oct. 7, 2016, Odukoya stole and dishonestly converted to his own use N1.7 billion belonging to Skye Bank.

NAFDAC uncovers warehouse containing N105m worth of tramadol, others