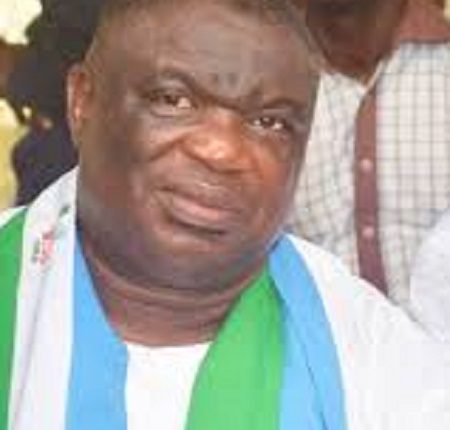 An Edo High Court sitting in Benin, on Friday declared as illegal, the removal of Mr Aremiyan Momoh, as Chairman of Etsako East Local Government Area of Edo State.

The court presided over by Justice D. I. Okungbowa, in suit no: B/205/2019, said Momoh’s removal from office as chairman and his subsequent replacement with his erstwhile vice-chairman, Mrs Benedicta Ebuehi is illegal.

Momoh, it would be recalled, was suspended from office by Governor Godwin Obaseki over alleged corrupt practices in September 2019 and was replaced with Ebuehi, who just last week, marked her one year in office.

Justice Okungbowa, in his judgement, declared the action of the governor as null and void and directed Momoh be reinstated immediately.

The Judge held that the Governor failed to comply with the provisions of Sections 20 and 21 of Edo State Local Government Law, 2000 (as amended) in failing to consult with the Edo State House of Assembly as provided by Law before suspending Momoh.

The Court further held that since the purported suspension was void in law, every other action predicated on it was invalid.

The Court awarded the sum of N250,000 as costs in favour of Momoh and dismissed the notice of preliminary objection filed by the state government challenging the competence of the suit.

Similarly, the Motion filed by Edo State Government to arrest the judgment of the court was dismissed.

Justice Okungbowa granted all the prayers contained in the originating Summons filed on behalf of Momoh by the Law Firm of West-Idahosa & Co.

Governor Obaseki had suspended the Etsako East Local Government Area Chairman from office for a period of two months over allegations of misappropriation of funds and low revenue generation. The suspension was sequel to a petition signed by 10 councillors in the council, who levelled several allegations of fraud against the chairman.

‎Some of the allegations were that the Momoh had claimed to have spent seven million naira on Sallah gifts as against two million naira that was allegedly actually spent and failure to remit N67m collected from trucks loading cement from BUA Cement Company in Okpella.

The Chairman was also alleged to have spent N10m on empowerment, N36m for grading of roads, eight million naira for security during cult clashes and N16m for Christmas gifts, among others.

his suspension came at time the crisis between Obaseki and his estranged godfather, the former National Chairman of the All Progressive Congress, APC, Comrade Adams Oshiomohole, was at its peak.