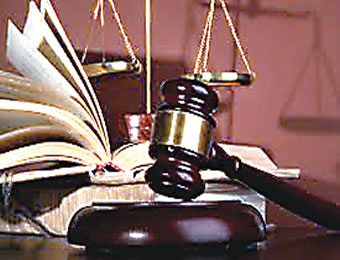 Justice D. I. Okungbowa of the court ordered Aguinede to resume duty immediately as he said his removal by the governor contravened all relevant laws relating to the suspension and or removal of council bosses in the state.

The reinstatement of Aguinede is the second time in a less than two months that Justice Okungbowa would be giving similar judgement, the first being the reinstatement of the Chairman of Etsako East Local Government Mr. Aremiyan Momoh, who was removed in September 2019 in similar circumstances by Governor Obaseki.

In the judgment delivered on Friday, Justice Okungbowa granted all the prayers contained in the originating summons filed on behalf of Aguinede by his lawyer, Famous Osawaru.

The judge held that Edo State governor and the government failed to comply with the Provisions of Sections 20 and 21 of Edo State Local Government Law, 2000 (as amended) in failing to consult with the Edo State House of Assembly before suspending the council boss as provided for by the relevant laws governing the administration of LGAs in the state.

The court further held that since the purported suspension was void in law, every other action predicated on it was invalid, adding that the 1st-4th defendants abandoned their notice of preliminary objection challenging the jurisdiction of the court on the ground of filling it in High court instead of in the National Industrial Court after counsel to the claimant joined issues with them and even drew their attention to it at the point of hearing the case, but they opted to abandon it.