Court fixes May 16 for ruling on Melaye’s bail application 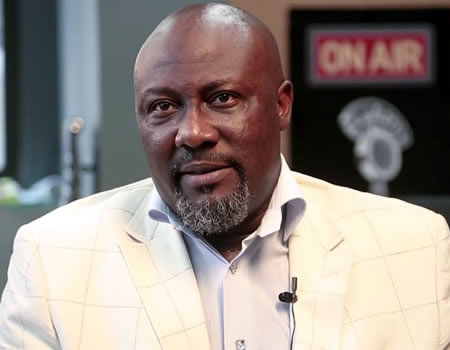 A Kogi state high court, sitting in Lokoja on Thursday adjourned ruling on an application for bail brought by the senator representing Kogi west senatorial district, Dino Melaye, to Wednesday, May 16.

The presiding judge, Justice Nasir Ajana, fixed the date after listening to arguments from counsel to the senator, Mike Ozekhome, SAN and that of the prosecution, Alex Iziyon, SAN.

The two applications before the court, one each from the counsels, were consolidated for ease of justice delivery.

Moving the application for bail, Ozekhome argued that the motion for variation by Iziyon was uncalled for as the judge could nor reverse himself on the matter.

According to him, since the trial judge had already ruled according to Section 166 of the administration of criminal justice Law of Ondo state, saying that the section did not say the court should vary an order it earlier made.

He noted that the prosecution failed to appeal the ruling of the court that Melaye should be taken back to the National Hospital, Abuja.

Ozekhome added that the prosecution had taken the senator the from the private hospital to the Intensive Care Unit of the National Hospital because they knew he had health issues and didn’t want him to die in their custody.

The council said, “A person like the third defendant if indeed he wants to run away would not end up in the hospital when allegedly jumped from the police vehicle conveying him to Lokoja.

Ozekhome noted that the sections empower the judge to grant Melaye bail, arguing that even if he were accused of capital offence, that the judge still has power to grant bail.

However, the prosecution in a 23 paragraph counter affidavit on the application for bail by the defendant urged the court to refuse the bail application.

Iziyon argued that bail was a discretion of the court especially in the case where the sentence exceeds three years, adding that Melaye was not entitled to bail since he was asking for it on health ground.

He prayed the court not to grant the bail application because the exhibits attached to the application were not medical reports from specialist, saying “Dino is not a man with respect despite being a senator of the Federal Republic of Nigeria”.