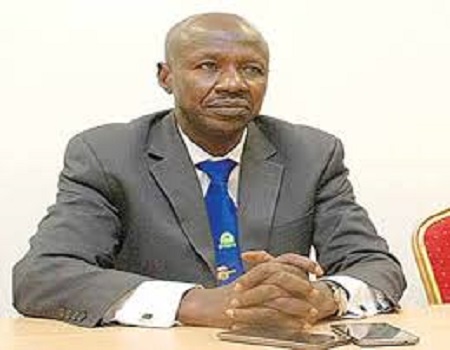 Justice Ijeoma Ojukwu of the Federal High Court, Abuja on Wednesday, dismissed the suits challenging the stay of Ibrahim Magu as Acting Chairman of the Economic and Financial Crimes Commission (EFCC).

The suits were challenging the legality of Magu’s position as EFCC’s acting Chairman after the refusal of the 8th Senate under the leadership of Bukola Saraki to confirm him as substantive chair of the anti-graft agency.

Plaintiffs argued that based on the rejection, Magu should not be allowed to continue to serve in that capacity.

Justice Ijeoma Ojukwu, in her judgment yesterday, dismissed the suits, saying that that, “this case cannot be entertained as it has failed and accordingly dismissed.”

She held that the EFCC Act, especially Section 2(3) did not restrict the powers of the president to retain Magu as Acting EFCC Chairman.

The trial judge noted that the lacuna in the law literally handed President Muhammadu Buhari, the “proverbial yam and the knife to do as he pleases, being that there is no specific time stipulated for acting capacity”.

Clarifying further, Justice Ojukwu stated that Order 1(2)1 of the Senate Rule applies only to ministerial appointees and cannot be enforced on the position of the acting chairman of the EFCC.

The judge further noted that despite the fact that plaintiff is a legal practitioner and a Nigerian, he lacked the locus standi to challenge Magu’s stay in office as the acting chairman of EFCC.

2019 budget: No allocation for constituency projects to Justice Ministry