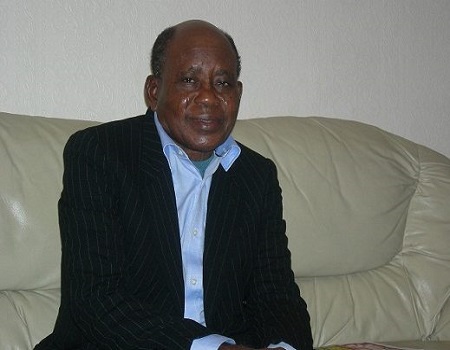 The National Industrial Court, Abuja on Wednesday dismissed ex- Borno governor, Mohammed Goni’s suit for payment of pension and other benefits, for lacking in merit.

Goni, the claimant was the first civilian governor of the former Borno from Oct. 1979 to Oct. 1983.

He instituted the suit against the State Government and Attorney-General of the State, via an originating summons on May 30.

In the summons, he averred that since he left office in 1983, he had been paid his pension only four years, starting from July 2014 till date.

That he was entitled to receive monthly pension for life and the additional benefits enumerated in Sections 3 (1) and (3) of the Borno State, subsection 3 (i) – (ix) of the Borno State (Grant of pension to Governors and Deputy Governors) Law, 2005 (as amended in 2009).

The ex-governor also sought for a mandatory order of the court directing the defendants to immediately pay him the accrued pension and also provide him with the additional benefits.

The judge, in addition, averred that the cited sections of law did not apply to the claimant.

She said those sections were applicable to Governors that came into office after those laws were amended.

Agbakoba, therefore, dismissed the suit for lacking in merit and awarded no cost.

The News Agency of Nigeria (NAN), reports that the claimant’s counsel Deji Morakinyo of Falana & Falana’s Chamber in the originating summons had also submitted that that claimant was never provided with the additional benefits enumerated in the said sections of law.

According to the counsel, the claimant was to be provided with, a Principal Admin Officer, a Personal Assistant on Grade Level 10, two brand new vehicles and two drivers.

Others provisions were for free medical treatment for the claimant, his wife and biological children, 30 days annual vacation within or outside Nigeria.

Additional provisions for a furnished six-bedroom house within the state and payment for water and electricity bills in respect of the office and accommodation provided.

The defence counsel, Bulus Adamu of Borno Ministry of Justice, in the Statement of defence, however, said the claimant was not qualified as one of the former Governors which the 1999 Constitution as amended deemed as duly elected governors.