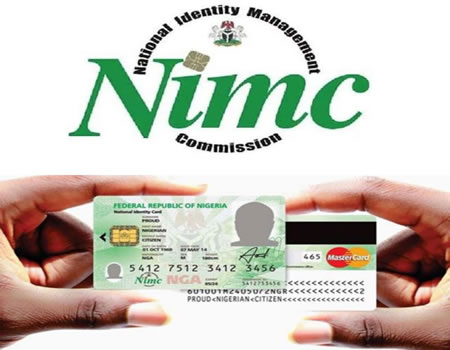 A Federal High Court in Lagos State has barred the Federal Government from blocking SIM cards not linked to National Identity Numbers next month.

The Ministry of Communications and Digital Economy had, through the Nigerian Communications Commission, asked operators to block all SIM cards not linked to NIN by April 9, 2021.

The deadline had caused many Nigerians to gather at offices of the National Identity Management Commission in disregard of COVID-19 protocols.

However, a former second National Vice-President of the Nigerian Bar Association and human rights lawyer, Mr Monday Ubani, filed an originating motion and asked the court to stop the Nigerian Communications Commission from disconnecting all SIM Cards not linked to NINs.

The first to fourth defendants in the suit are the Federal Government, Attorney General of the Federation, The NCC and the Minister of Communication and Digital Economy.

Ubani sought four reliefs including an order that the two-week ultimatum is inadequate and will not only cause him hardship but will also infringe on his fundamental right to freedom of speech and right to own property as provided under sections 39(1) and 44(1) of the Constitution of the Federal Republic of Nigeria, 1999 (as amended).

He also sought an order of the court to extend the deadline.

Delivering judgment on March 23, 2021, Justice M.A Onyetenu, ordered that the deadline be extended by two months from the day of the judgement.

The court ruled that the ultimatum of April 9, 2021, be halted as the timeline is grossly inadequate and will not only cause severe hardship but will likely infringe on the fundamental rights of Nigerians to freedom of expression as guaranteed by Section 39(1)(2) and Section 44(1) of the 1999 Constitution.

The judge further declared that in view of the COVID-19 pandemic and the rising cases in Nigeria presently, the deadline given to over 200 million Nigerians to register their SIM cards with NIN, will lead to a rush, thereby resulting in the clustering of Nigerian citizens in a NIN registration centre, subjecting them to the possibility of easily contracting COVID-19.

An order directing the 1st, 3rd and 4th respondents to extend the deadline for the registration of SIM cards with NIN for at least another two months from the date of this judgment.”

In a letter addressed to the Attorney-General and Minister of Justice, Abubakar Malami, the plaintiff asked him to direct the relevant agencies to comply with the court judgment.

In the letter titled, ‘Notification to comply with the judgment in FHC/L/CS/1834/2020’, Ubani asked the AGF to prevail on the Minister of Communications and Digital Economy, Isa Pantami, to reconsider the deadline.

The letter read in part, “I, therefore, urge you to use your good offices to advise the Minister for Communications and Digital Economy, to respect our judiciary by complying with the above-stated orders of the court. I further appeal to you to advise the honourable minister to review his stand on the ultimatum for the registration of SIM Cards with NIN beyond the duration declared by the honourable court to at least a year.”

In spite of the huge investment in the water sector by the government and international organisations, water scarcity has grown to become a perennial nightmare for residents of Abeokuta, the Ogun State capital. This report x-rays the lives and experiences of residents in getting clean, potable and affordable water amidst the surge of COVID-19 cases in the state…Court bars FG from blocking  Court bars FG from blocking