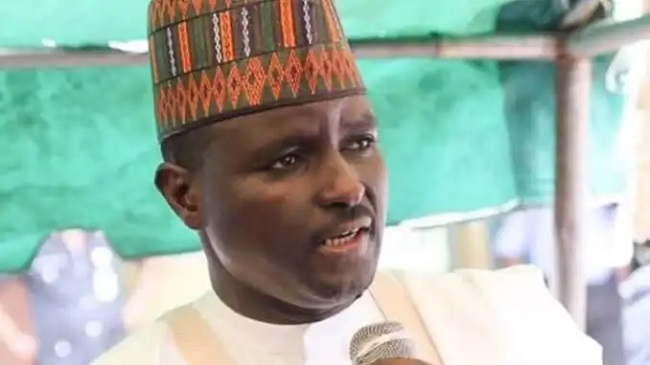 To this end, Justice Aminu directed the Independent National Electoral Commission (INEC) to accept and publish his name according to the electoral guidelines.

In her ruling, she further said Machina was duly and validly elected Yobe North senatorial candidate for APC thereby upholding the May 28 primary election of the Party that produced him.

Earlier, on September 25th she had reserved judgement on the case as a result of a heated argument between the two counsels for both the appellant and the defendant.

It would be recalled, Machina had emerged as the winner of the primary election supervised by INEC officials where the senate president, Ahmed Lawal did not participate because he was one of the presidential aspirants.

The disquiet in the All Progressives Congress (APC) over the composition of its Presidential Campaign Committee (PCC) is a climax of the seething anger among members of the various power blocs and other tendencies within the party.….Court affirms Machina

The Minister of Information and Culture, Alhaji Lai Mohammed, has said Nigeria is witnessing a progressive decimation of terrorists and insurgents in order to secure the country……Court affirms Machina

THE recent gruesome murder of a certain Miss Ummakulsum Buhari Ummita in Kano, Kano State, has created palpable tension in the state. And only justice can calm the festering stormm….Court affirms Machina