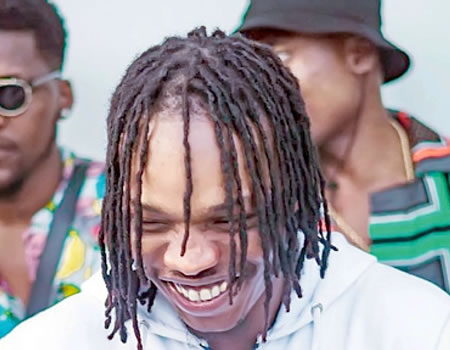 It would be recalled that Naira Marley pleaded “not guilty” to the 11 counts filed against him by the Economic and Financial Crimes Commission, EFCC.

The EFCC had on February 28, 2020, through its second witness, Augustine Anosike, sought to tender in evidence a compact disc containing information, analysis and extractions from the defendant’s iPhone.

The defence counsel, Olalekan Ojo, SAN had objected to its admissibility, which was equally opposed to by the prosecution.

Delivering ruling today, Justice Oweibo dismissed the objection, noting that “the disk and investigation report includes some of the contents extracted from the iPhone which has already been admitted in evidence.”

The trial judge thus admitted the evidence as Exhibit F.

Akinwale Kole-Taiwo who appeared for the defence, however, appealed with the Court for an adjournment because, “the lead counsel, Olalekan Ojo, SAN was in Edo for another matter.”

Following the appeal, Justice Oweibo adjourned till March 8 and 11, 2021 for “continuation of hearing”.

The surprise visit made on Friday night by the leaders of the ruling All Progressives Congress (APC) to former President Goodluck Jonathan at his residence in Abuja triggered a stir in the major political camps, resulting in at least four possible theories..Court admits evidence  Court admits evidence