Court adjourns trial of Fani Kayode, others till March 29 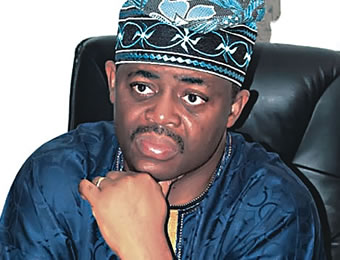 A prosecution witness of the Economic and Financial Crimes Commission (EFCC) on Friday narrated before a Federal High Court sitting in Lagos how monetary transfers were made through the bank account of the embattled Former Minister of State for Finance Nenadi Usman.

The EFCC is prosecuting Usman alongside Femi Fani-Kayode, a former Minister of Aviation who was the Chairman of the 2015 Goodluck Jonathan Presidential Campaign Organisation.

Others are a former National Chairman of the Association of Local Government of Nigeria (ALGON), Yusuf Danjuma and a company — Jointrust Dimentions Nigeria Ltd.

The defendants are facing a 17-count charge bordering on laundering of N4.6 billion.

They, however, pleaded not guilty to the charges and were granted bails.

At resumed trial on Friday, a staff member of the bank told the court to do cross-examination, that she was the manager of the branch of the first generation bank, where the second accused account is domiciled

Gana confirmed some documents marked as exhibits from her bank but however, said that there is no certification stamp on it, but attached to it is a certificate of identification, from the bank.

Gana also confirmed some statements she made to EFCC.

Justice Rilwan Aikawa, thereafter, adjourned until March 29 for ruling and continuation of cross-examination.

Peace Corps appeals to Buhari to reconsider assent to bill

Thailand says Nigeria responsible for collapse of its rice mills