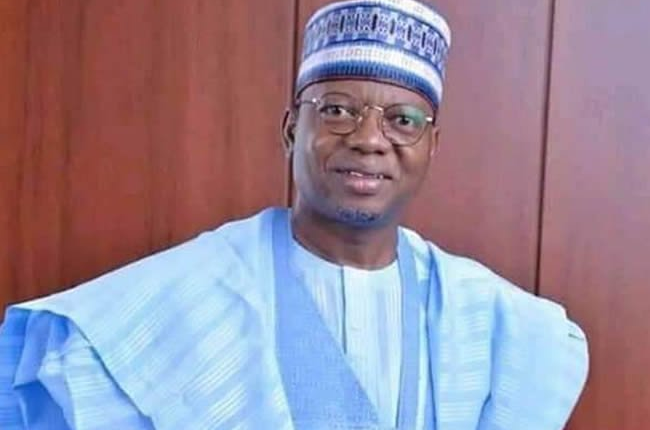 Chairman of the Senator Mohammed Sani Musa Advisory Council, Alhaji Babasule Bissala Suleja, has said that the deluge of calls for the Niger East lawmaker to contest the All Progressives Congress (APC) National Chairmanship seat is a clear manifestation of his qualities as a leader.

Bissala Suleja, who addressed the press during the week, said Senator Musa is the only one that is capable of bringing to the table refinement in politics; the kind APC as an entrenched party needs.

While stressing the resolve of the council and all well-meaning APC members in NIger State to work assiduously for the actualization of the lawmaker’s bid, he said the stakeholders and Nigerians want a more robust APC which Senator Musa stands to offer.

He said, “We are not surprised that the calls for him to be the National Chairman of our great party are growing. He does not belong to the class of a typical Nigeria politician that must manipulate or engage in aberrations to gain relevance, he is indeed the breath of fresh air from bad politics it is therefore a kind of leader that APC needs at this time.

“It is therefore our strong conviction that of all the people angling for the National Chairman Senator Sani Musa is the only one that is capable of bringing to the table refinement in politics; the kind , APC as a party entrenched.”

The council noted further that,”It should be noted that the people of Niger East desired him so much, and they examplified this by voting him as their senator massively but we are also ready to support him to go and offer what he has offered to us, to our great party for it to sustain the achievements thus far, and even surpasses them

“We in the council, therefore, want to state categorically that we support Senator Sani Musa desire to be the National Chairman of APC.

“We have worked with him closely and we have delivered collectively , we have no doubt in his capacity, so we urge all APC members to support him because he is the right man for the job.

“The party needs a bridge builder, who can mobilize younger Nigerians to bring about the new order the people desired from a ruling party and also learn from older order for experience , it is our firm conviction that Senator Sani Musa is the best man for that.

“The key to the prosperity of the party is in mobilizing younger Nigerians to accept the basic principles of the party for national growth and development and engage the older order for positive contributions without recycling them.”

Harping on his capacity, the council said it believes that Sani Musa emergence as APC National Chairman will demostrate the fact that APC is not a party that recycle leaders around certain class , especially now that President Muhammadu Buhari has been clear about bequeathing on Nigeria legacy of sustainable democracy.

“We therefore believe it is time to shift from the tradition of the APC led by former Governors for a young and active politician like Sani Musa who is abreast with current political party democracy and core democratic dynamics and values.”