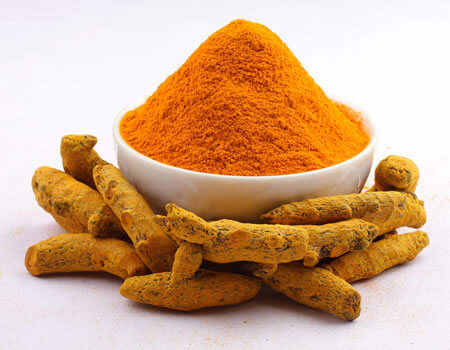 Researchers around the globe are scrambling to find ways to tackle the superbug crisis. Now, scientists have found an interesting way to foil a common antibiotic-resistant bacteria, using turmeric.

Resistance to antibiotics poses a significant threat to our health. Around 24–79% of the world’s population is infected with the bacterium Helicobacter pylori (H. pylori).

Like other bacteria, H. pylori has grown ever more resistant to traditional treatment using antibiotics.

Indeed, drug-resistant bacteria are one of the biggest threats to global health, according to the World Health Organization (WHO). Some experts predict that it will cause more deaths than cancer by 2050 unless scientists can find some way to counter the threat.

However, scientists from the United Kingdom and Germany may have found an innovative way of stopping H. pylori infection without using antibiotics. Instead, they used minuscule capsules filled with natural ingredients, notably curcumin, to stop the infection. Some studies have suggested that curcumin, which is an ingredient in turmeric, has anti-inflammatory and antioxidant qualities.

“[H. pylori] is a globally-spread pathogen. It is estimated that up to 70% of people host this pathogen worldwide,” says professor Francisco Goycoolea of the School of Food Science and Nutrition in Leeds in the UK, and co-author of the paper that the team recently published in the journal ACS Applied Bio Materials.

Goycoolea adds that scientists need to find ‘new integral approaches […] to tackle antimicrobial resistance,” and must try to find new alternatives to antibiotics.

He believes that “this novel formulation, consisting of small capsules made of natural ingredients, could offer a new means to deter a globally-spread ‘superbug’ pathogen.”

In 2017, the WHO included antibiotic resistant H. pylori strains as a high priority pathogen on their list of drug resistant bacteria that present the biggest threat to global health.

Resistance occurs because bacteria change and adapt, meaning that antibiotics can no longer cure bacterial infections. Although resistance does happen naturally, the inappropriate use of antibiotics to cure colds, for example, has exacerbated the situation.

At the moment, doctors treat superbugs with a cocktail of antibiotics, which has only served to encourage resistant strains.

Estimates suggest that 4.4 billion people globally carry H. pylori. It does not always show symptoms, although it can result in ulcers, inflammation of the lining of the stomach, and an increased risk of stomach cancer. Doctors find H. pylori very challenging to treat.

“The bacteria hide under the gastric mucous layer where antibiotics do not penetrate effectively. This often leads to recurrent infections and gives rise to resistant strains,» says Goycoolea.

Now the research team, based at the universities of Leeds in the UK, and Münster and Erlangen in Germany, has discovered that billions of minute nanocapsules loaded with curcumin from turmeric and used in the right dose, can stop the bacteria from sticking to stomach cells. This in turn, could helps antibiotics do their jobs.

This novel solution uses nontoxic food and pharmaceutical grade ingredients. The scientists coated the nanocapsules with the enzyme lysozyme, which helps to fight bacterial infections. The scientists also used a small amount of dextran sulfate, which scientists have used to suppress H. pylori infection.

“Small capsules made of natural ingredients could offer a new means to deter a globally-spread ‹superbug› pathogen,” says Goycoolea.

The scientists carried out the research in vitro, using stomach cells and the bacteria.

“A new generation of antibacterials might be based on more specific molecular targets of the bacteria, acting probably not as broad as the older compounds, but therefore more precisely against specific virulence factors of specific bacteria,» says co-author professor Andreas Hensel of the Institute for Pharmaceutical Biology and Phytochemistry at the University of Münster.

“The research published in ACS Applied Bio Materials might pinpoint a new way towards controlled drug targeting against H. pylori and its specific adhesion and virulence factors.”

The research team hopes that scientists will use the nanocapsules to help eliminate H. pylori and reduce antibiotic-resistant strains. They have filed a patent based on this formulation.

Kaduna torture centre: ‘Out of the 147 inmates, only 13 are not owing me school fees’—Muduru, owner of closed Kaduna centre

Why Nigerians should have 100% confidence in the present National Assembly —Hon. Fatoba