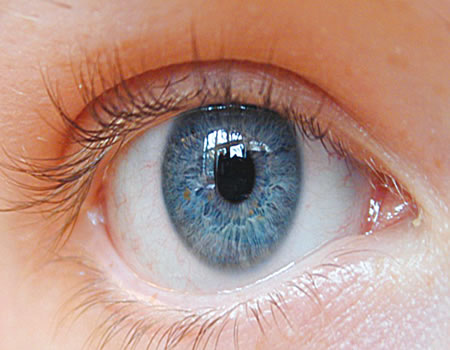 Aim to fill your plate with fruit, dairy, poultry, fish, and vegetables—instead of processed and fried foods—research suggests.

According to a new study published in the British Journal of Ophthalmology, eating an unhealthy diet full of processed meat, fried foods, and high-sugar items over a long period of time can lead to eventual vision loss.

Instead, aim to fill your plate with fruit, dairy, poultry, fish, and vegetables—which are not only beneficial to your eyes, but your heart and brain as well.

Thanks to new research, “watch what you eat” may take on a whole new meaning. A study published in the British Journal of Ophthalmology suggests that eating a “Western pattern diet”—which includes processed meat, fried foods, and high-sugar items—may present significant risks for developing age-related macular degeneration (AMD), a leading cause of irreversible vision loss among older individuals worldwide.

Researchers looked at data from Atherosclerosis Risk in Communities—a population-based epidemiological study with nearly 16,000 participants reporting on lifestyle habits and medical histories from 1987 to 2017—and compared food questionnaires to retinal photographs taken at two different points in that 30-year time frame.

Their findings? Those who ate a Western pattern diet had a threefold higher incidence of late AMD compared to those whose diets leaned more heavily on fruit, dairy, poultry, fish, and vegetables—particularly dark leafy greens and carotene-rich options.

Although the risk for early AMD was not significant in the results, study coauthor Amy Millen, Ph.D., of The State University of New York, Buffalo’s School of Public Health and Health Professions, said it’s likely there’s still a connection there, particularly if this type of issue runs in your family.

“It’s possible that early AMD risk is influenced more by genetics than diet, and that diet can influence the direction the disease goes, and whether it advances or not,” she told Runner’s World.

Although eggs are part of a Western pattern diet, that’s one food that needs more research to determine its effects on vision, according to Millen. Eggs are a good source of lutein, she said, which has been shown to be a beneficial nutrient for the eyes.

But bologna and potato chips? There’s no debate there.

“Foods that are part of the Western diet are less nutrient dense, meaning they provide less of the beneficial nutrients needed for the eyes per calorie contents than such food as fruits and vegetables,” said Millen.

She added that these foods also tend to increase weight and systemic inflammation—two more risk factors for AMD.

Emotional burden of caring for the elderly with dementia